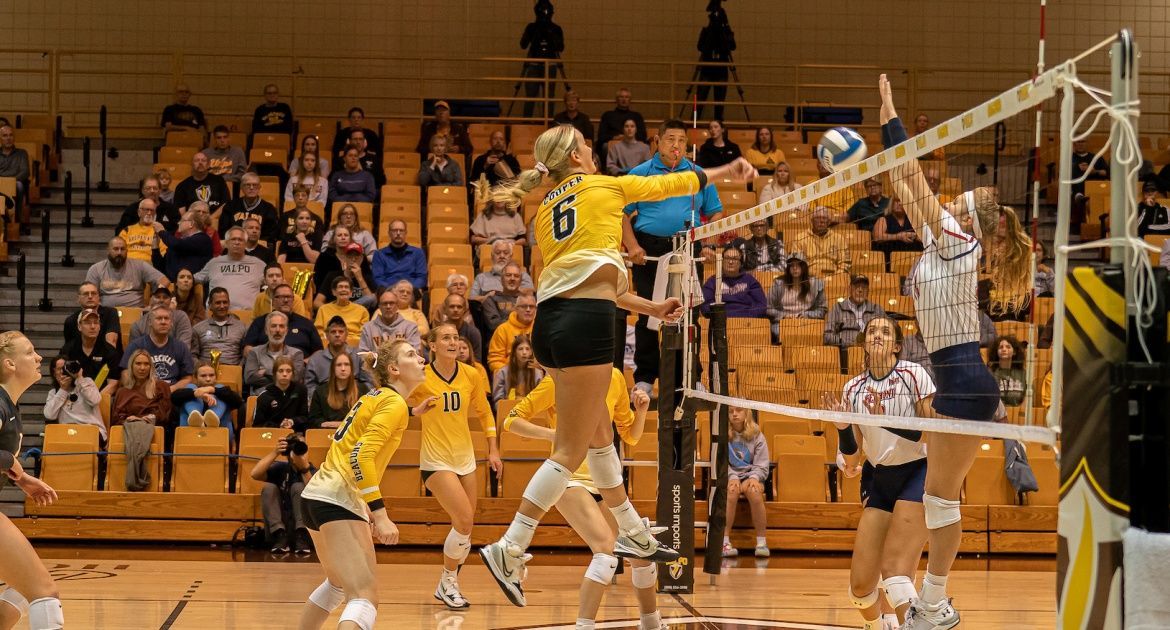 It was a vintage Valpo volleyball match at the ARC Saturday evening — strong defense, extended rallies, highs and lows throughout the contest. And when the dust settled against MVC newcomer Belmont, it was the Beacons who emerged victorious, downing the Bruins in five sets (25-23, 25-21, 20-25, 22-25, 15-9) for their 17th win of the season and their fourth victory in a row.

Valpo (17-2, 5-2 MVC) takes to the road for its next four conference matches, starting next weekend with the road swing through Iowa. The trip begins Friday night at 6 p.m. at Drake.