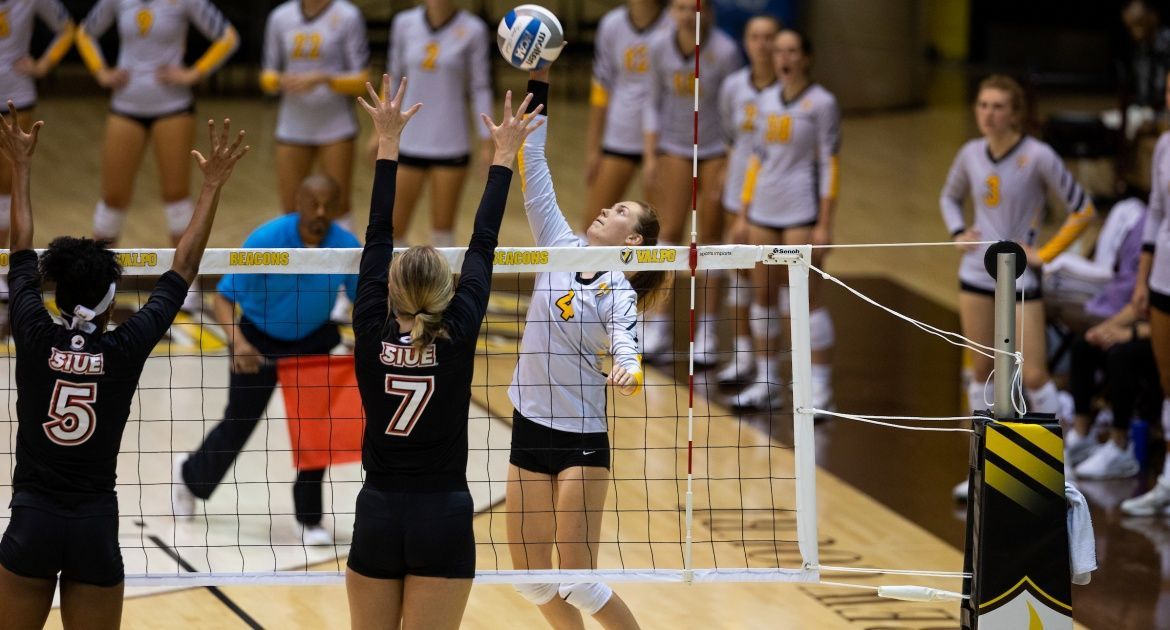 Down a pair of regulars and having to change their offensive system for the first time this year, the Valpo volleyball team fought gamely Friday evening at Missouri State before falling to the Bears, 3-0 (25-21, 25-23, 25-17).

Valpo (17-5, 5-5 MVC) concludes a difficult stretch of four straight matches away from home on Saturday evening as the Beacons play at Southern Illinois at 5 p.m. The match can be seen live on ESPN3.