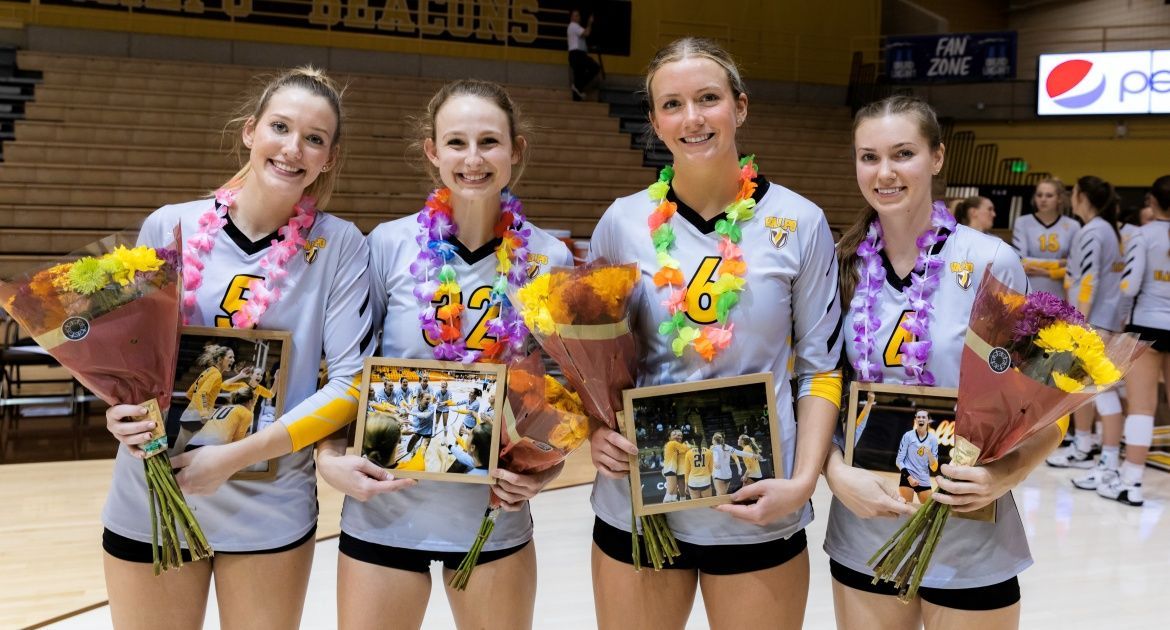 On a Senior Night where the Valpo volleyball program was celebrating four players who will wrap up their collegiate careers in the coming weeks, the Beacons attempted to make it back-to-back come-from-behind victories. But visiting Illinois State spoiled the party, earning a 3-1 (25-21, 18-25, 25-22, 27-25) victory over Valpo Saturday evening.

Valpo (21-8, 9-8 MVC) closes the regular season Wednesday evening at 6 p.m. as the Beacons welcome UIC to the ARC. The match can be seen live on ESPN+.