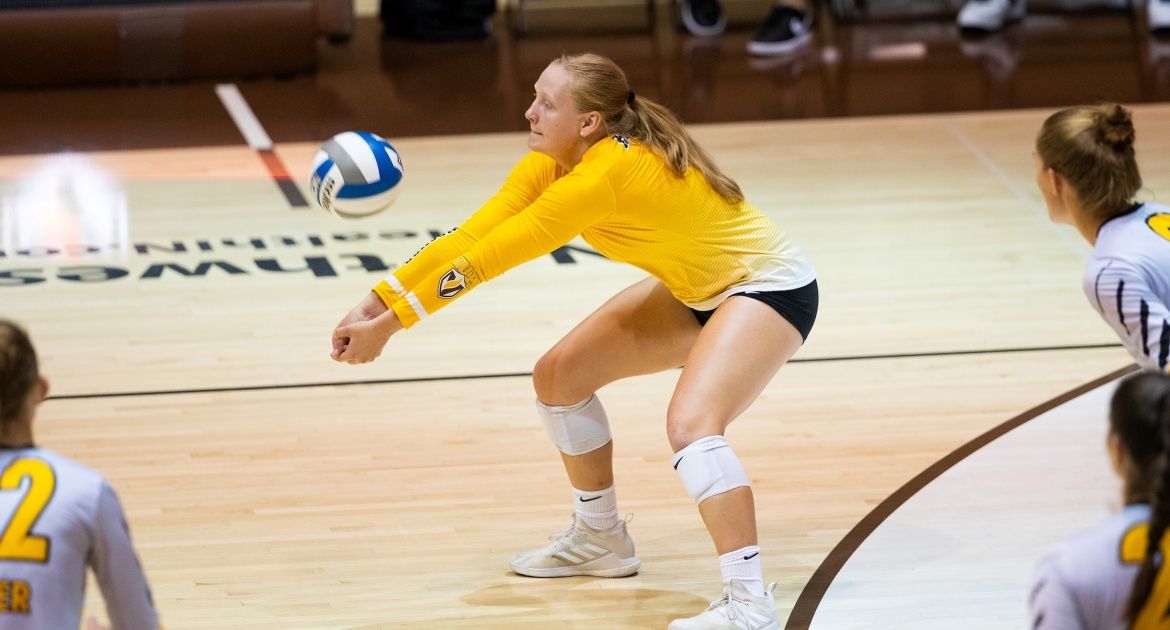 The Valpo volleyball team held off multiple UIC match points in the third set of the regular season finale Wednesday evening at the ARC to extend the match and had an opportunity to send the match to a fifth set, but at the end, the Flames earned a 3-1 (25-19, 25-17, 29-31, 29-27) victory over the Beacons. Freshman libero Emma Hickey (Granger, Ind./Penn) broke both the Valpo and the MVC freshman single-season digs record, while junior middle Mallory Januski (Bourbonnais, Ill./Bradley-Bourbonnais) broke her career high in the kills department.

Valpo (21-9, 9-9 MVC) will be the sixth seed for the upcoming MVC Tournament and will face seventh-seeded Murray State in first-round action this Sunday, Nov. 20 at 6 p.m. from Evansville, Ind. All tournament matches will be broadcasted live on ESPN+.