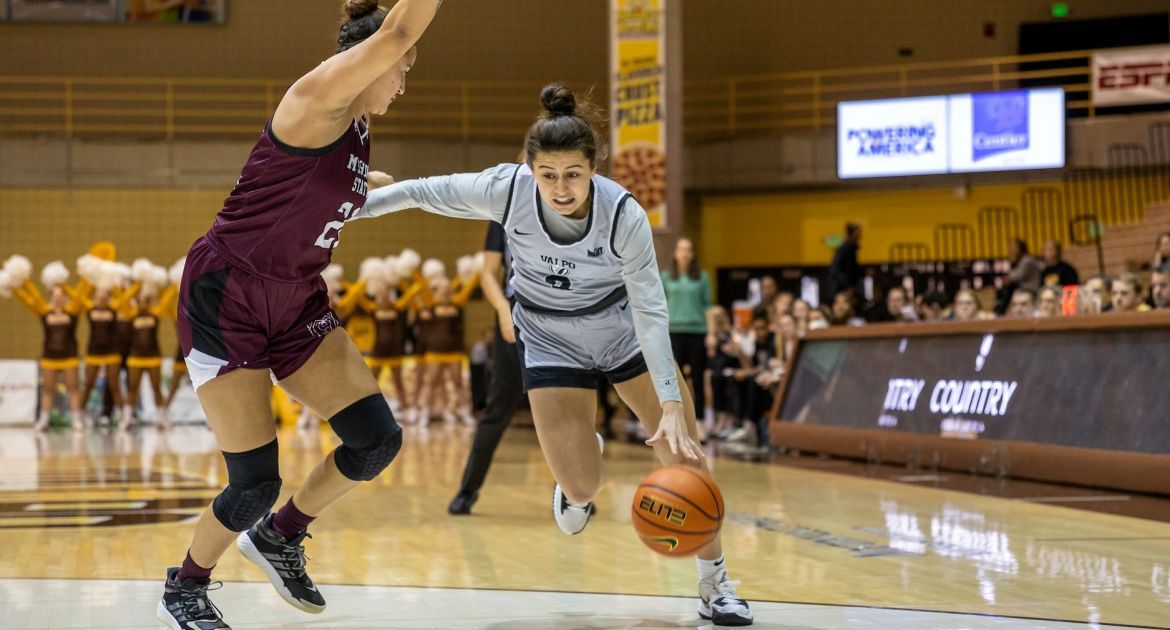 The Valpo women’s basketball team closed out its Iowa road swing on Saturday afternoon in Des Moines, falling to host Drake by an 84-51 final.

Valpo (3-13, 1-7 MVC) steps out of Valley play for its makeup of December’s postponed game at Wisconsin. The Beacons will take on the Badgers Wednesday night at 6:30 p.m. in Madison, and the game can be seen live on BTN+.