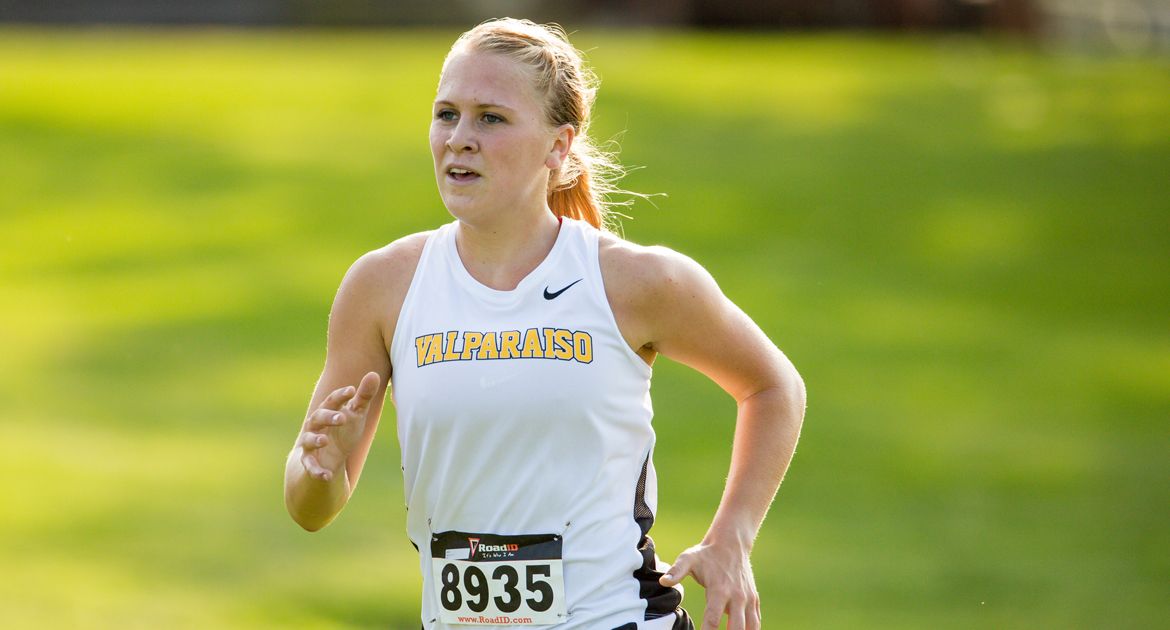 The women's team totaled 553 points for their 19th-place result in the Gold race. Butler took the team title with a 106-point finish.

Bloy crossed the line in the 5K course with a time of 19:0.6, good for 99th place out of a 150-runner field. Sophomore Kim Heiny (Burnettsville, Ind./Twin Lakes) was the second Crusader across the line, finishing the race in 114th place with a time of 19:36.2, while junior Tori Tamburrino (West Dundee, Ill./Jacobs) covered the course in 20:09.5.

Senior Sophia Robinson (Downers Grove, Ill./South) continued the Valpo contingent of runners, claiming a 135th-place finish with a time of 20:23.0.  Hannah Schilling (Fraser, Mich./Lutheran North) was the fifth Crusader to finish. She did so in 20:34.5, garnering her 140th place.  Dezzarae Arce (Orland Park, Ill./Victor J. Andrew) rounded out the pack with a 20:51.5 time, good for 146th place.

Bruno led Valpo for the second time this fall, crossing the line in 102nd place with a time of 26:35.4. Junior Dan Walters (Crown Point, Ind./Crown Point) was the next-highest Crusader finisher, covering the five-mile course in 26:47.2, good for 111th place.

The Crusaders return to action in two weeks, as they travel to Peoria, Illinois to compete in the Bradley "Pink" Invitational. The meet is set to begin at 3:00 pm CT.