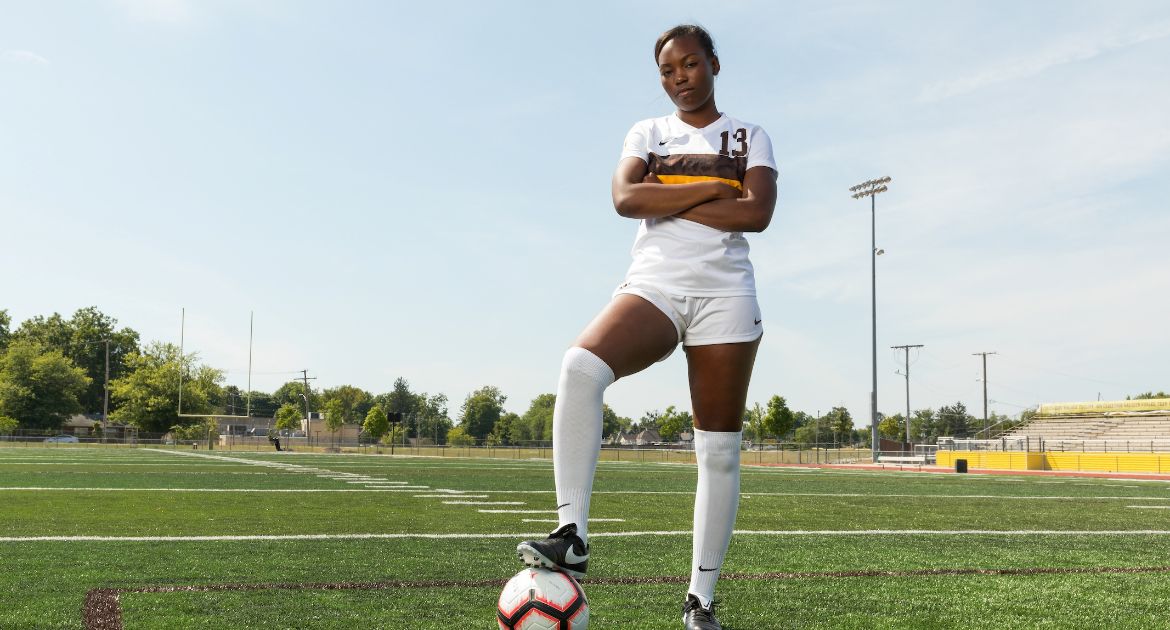 This Week in Valpo Soccer: The Valpo women’s soccer team closes out non-conference action this weekend with its final two matches prior to the start of MVC play. Valpo will host Colorado State Friday night for its annual Pediatric Cancer awareness match, and then will turn around and travel to UIC for a Sunday night matchup in the Windy City.

Previously: Valpo fell at Purdue Fort Wayne by a 2-0 final last Friday. The Brown and Gold then hosted IUPUI on Senior Day last Sunday, but despite jumping out to an early 1-0 lead, eventually dropped a 3-1 decision to the Jaguars.

Looking Ahead: Conference play kicks off with the longest road trip on the schedule, as Valpo treks to Springfield, Mo. to take on Missouri State next Saturday, Sept. 28.

Head Coach John Marovich: In his 12th season at the helm of the Brown and Gold, John Marovich holds a 96-87-31 (.521) record both overall and at Valpo as a head coach. The 2014 Horizon League Coach of the Year, Marovich holds Valpo’s all-time records for both victories and winning percentage.

UIC - Valpo has matched up against the Flames four times since UIC added women’s soccer prior to the 2014 season, and Valpo owns a 3-0-1 advantage in the series. Last season, the two sides played to a scoreless draw on Brown Field.

Scouting the Opposition: Colorado State - The Rams enter Friday night’s match with a 4-1-1 record on the year, their best start in program history. CSU has won consecutive matches by 1-0 finals in its last two fixtures. Caeley Lordemann owns five of the Rams’ nine goals, while Gabi McDonald has played every minute in goal and owns a 0.78 GAA and a .884 save percentage.

UIC - The Flames come into the weekend with a 3-3-1 record this season and will open Horizon League play against Wright State Friday night prior to Sunday’s match. UIC has been in plenty of low-scoring affairs so far, as the Flames have scored just four goals - two by Emma Main - but have also surrendered just four tallies. Primary goalkeeper Lena Kurz enters the weekend with a 0.47 GAA and a .897 save percentage.

Joining the Fight Against Pediatric Cancer: Friday night’s match against Colorado State will serve as the women’s soccer program’s annual pediatric cancer awareness match. The program will be collecting money for the Alex’s Lemonade Stand foundation throughout the evening, and will be wearing their gold jerseys as well in support of the effort. Fans who can’t make it to Friday night’s match can donate online at https://www.alexslemonade.org/mypage/1849648.

Freshmen Finding the Net: All three of Valpo’s goals so far this season have been scored by rookies. Freshman Nicole Norfolk headed home a corner kick in the first half against Wright State, with the assist on her goal coming from fellow freshman Natalie Graf. Then, in the second half against the Raiders, freshman Kiley Dugan drilled a 30-yard bomb for Valpo’s second goal. Most recently, Graf tallied her first career goal to open the scoring last time out against IUPUI.

Big Contribution From the Rookies: The freshmen being responsible for all the goals to date likely won’t keep up, but if the rookies end up accounting for over half of Valpo’s goals this year, it will be just the third time in the last two decades freshmen have scored at least 50% of the team’s goals - all of which have come a decade apart. The 2009 team had freshmen tally 15 of the 28 goals, led by Rachel Hoaglin’s seven and Luisa Desario’s six. Meanwhile, the 1999 team got 12 of its 20 goals from freshmen, led by six from Lori Moore. With three goals already this season, this year’s rookie class has already surpassed the program’s total from freshmen the last two years combined.

Making Debuts: Senior Day on Sunday saw the Valpo debut of goalkeeper Courtney Johnson, who entered in the 87th minute for her first appearance in the Brown and Gold. With Johnson’s introduction to the side, it brings the number of debutants this year to 12, nearly half of the team’s 28-player roster.

The Youth in the Side: Valpo has featured an extremely young side through the first eight matches of the season, starting with the season opener, where the Brown and Gold featured five freshmen in the starting XI. Five freshmen starters marked the most for a Valpo women’s soccer team in a season opener since at least 1998. To date, Valpo has started at least four freshmen and at least six total underclassmen in each match, with most matches featuring at least five rookies and seven underclassmen. The youngest starting XI to date came in the fixture at St. Bonaventure, when Valpo started six freshmen and three sophomores.

Henkel Strong in Goal: One of those freshmen has been the backstop of the Valpo defense, as rookie Georgia Henkel has started six of the first eight matches of the season. Henkel, while still looking for her first victory, has kept the opposition from filling the back of the net, posting a 1.46 GAA to date, good for second in The Valley. Henkel’s .750 save percentage also ranks fourth among MVC goalkeepers. Henkel has surrendered just one goal in four of her six starts.