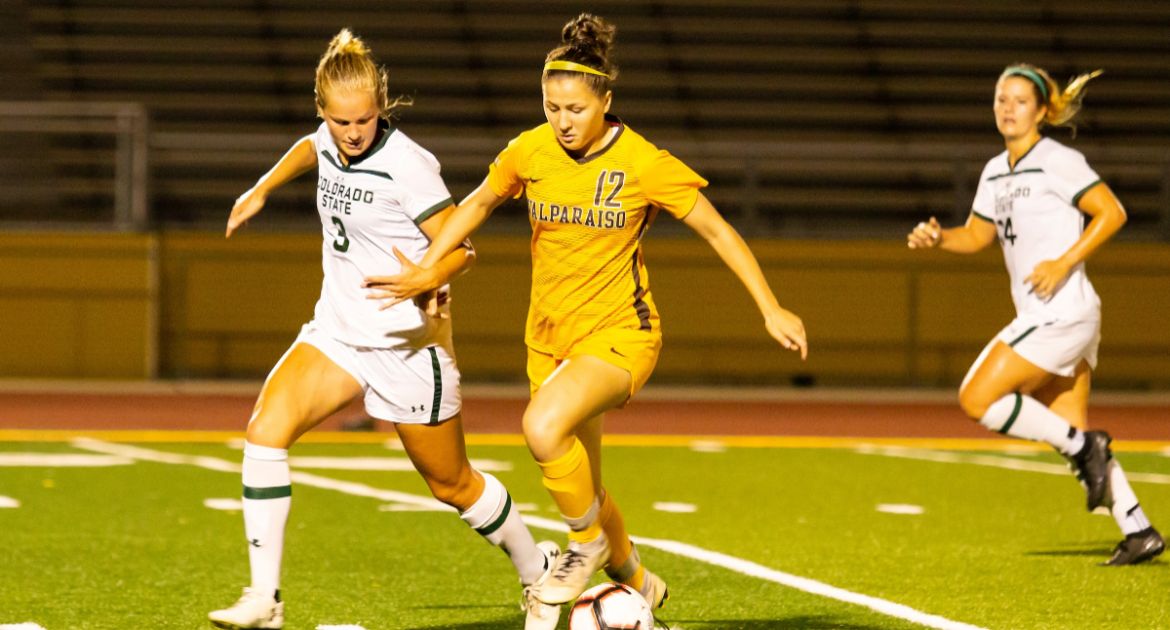 The Valpo women’s soccer team competed for the final time in non-conference play Monday evening in a rescheduled match at UIC, falling to the host Flames by a 3-0 final.

“We did a very nice job for the first 60 minutes of dealing with UIC’s attack. Our back line stepped well and stole a lot of balls.”

“Unfortunately, we gave away a goal and didn’t respond to conceding the goal as well as we had responded in previous matches. These are important situations for us to learn from.”

Valpo (0-9-1) opens MVC play at Missouri State on Saturday afternoon at 2 p.m. The match can be seen live on ESPN3.