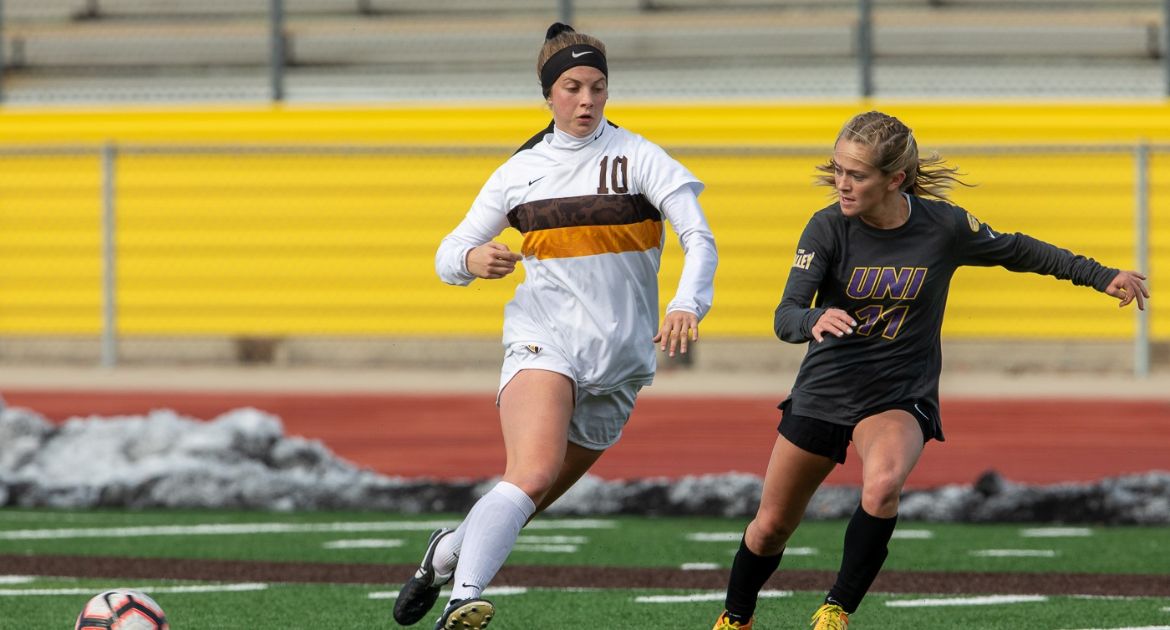 The Valpo women’s soccer team closed out the regular season in style Friday afternoon on Brown Field, scoring twice less than a half-hour into the match and adding another insurance tally in the second half to complete a 3-0 triumph over UNI. With the win, Valpo secured a berth in the MVC Tournament and will be the tournament’s fifth seed, traveling to take on Drake Monday night in first-round action.

“I’m super proud of this group today. We came out and were on the front foot from the start of the match. We were able to get the ball in front of the goal, and then were clinical in our finishing.”

“Games like these, where there’s a lot on the line, can be interesting when you have a super-young team who have to go out and handle the emotion and the stress of the situation. I thought our players did a really good job handling all those things, and then to go up 2-0 in the first half is huge for the nerves.”

“I liked the way we saw the game out – we held our shape and kept our organization well, and then clipped a third goal, which really made the mountain tough to climb for UNI.”

“The game is always looking for somebody to be special in critical moments, and Lauren Torhorst has been that for us in league play, scoring five goals. She got rewarded for her work again today twice. Beyond her, the work everybody else did today creating opportunities and getting the ball into the final third was tremendous.”

“We’ve won two of our last three to end the regular season in fifth place as we hit the road for the conference tournament. This season has been about growth and development throughout, and now our group is being rewarded for their perseverance, their resiliency and their character. I’m very happy for and proud of our players to qualify as the fifth seed.”