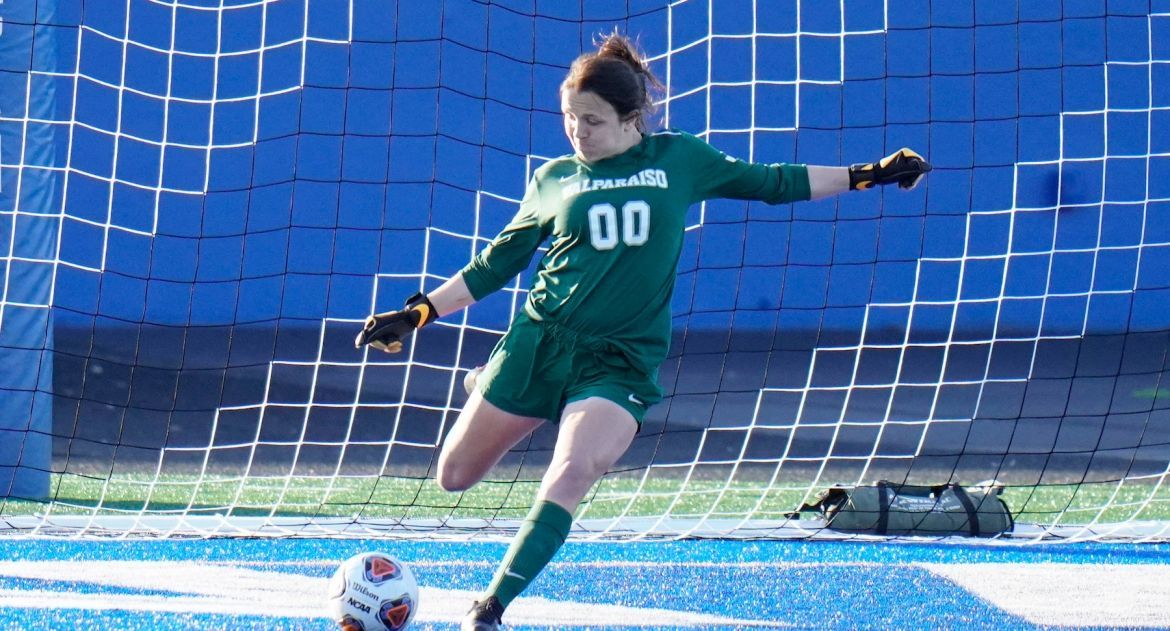 Coming off one of the best defensive seasons in program history, the Valpo soccer team opened the fall 2021 campaign with another strong defensive effort Thursday evening in Bloomington, holding host Indiana off the board for the first three-quarters of the match before the Hoosiers struck for the match’s lone goal in the 70th minute for a 1-0 final.

“To have a game on the road against a Big Ten team and only lose 1-0, we're all super proud of the way we competed. We went 70 minutes before we gave away a goal.”

“We took a lot of pressure tonight, and the level of opponent we faced tonight will only make us better going forward. We walk out from tonight’s match knowing we competed and we found out a lot about ourselves, which is exactly what these early games are for.”

Valpo (0-1-0) opens the home slate on Sunday afternoon at Brown Field when it hosts Ball State at 1 p.m. Live stats for the match will be available via ValpoAthletics.com.