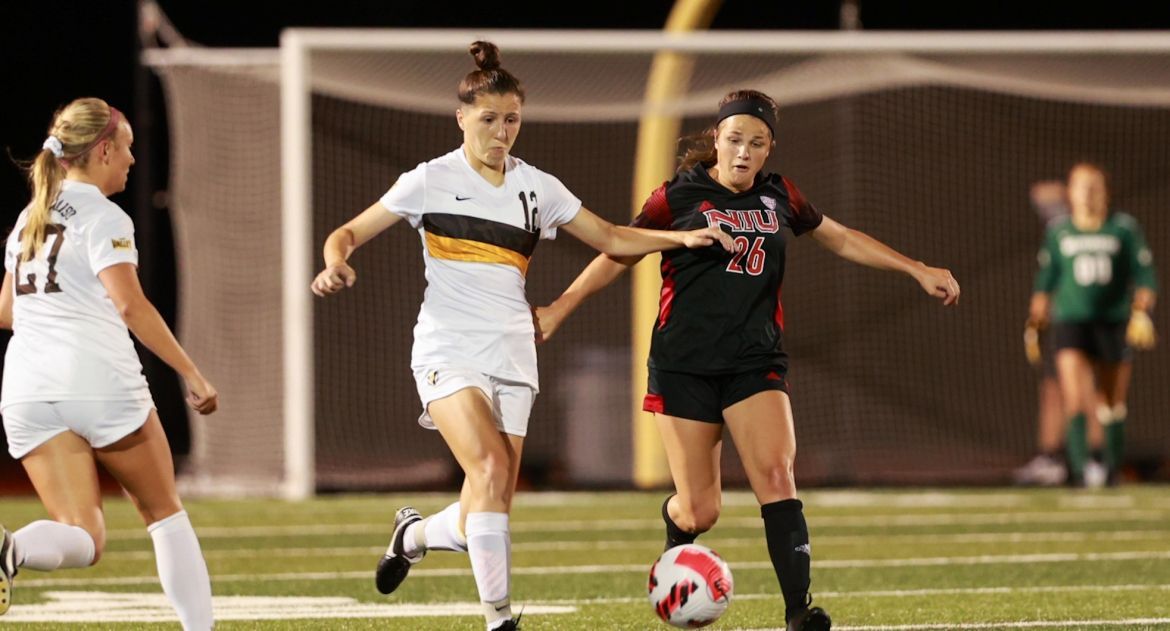 Playing under the lights at Brown Field Friday evening, the Valpo soccer team controlled much of the match against visiting Northern Illinois and had more high-percentage opportunities, but in the end, it was an 86th-minute goal for the Huskies which sent the Beacons to a 1-0 defeat.

“If we sit back and look at the result as the only thing that matters, we’re really missing the boat on tonight. It’s frustrating because we didn’t come out with the win tonight, but our quality of possession, of our movement in the attacking third and of our service was outstanding.

“Lindsey won the endline tonight as well as she has in her time here. Cierra stepped in at center back for the first time and gave a good performance. Our team executed our game model for what we were facing tonight well.”

“Unfortunately, of the eight quality chances that we created, none of them went in. But they were really good chances, and maybe next game, we see two or three of them go in.”

“It goes back to our core values – we have to look at ourselves and hold ourselves accountable for the moments that we know we can do better with, but the continued resiliency in the moment for what we’re putting forth on the field is wonderful to see. I absolutely love this group and how hard they’re working to get to where they want to get, which is what makes tonight tough to swallow, that we didn't get the result for the performance we put out.”

Valpo (1-3-1) continues a stretch of three consecutive home matches Sunday afternoon at Brown Field, as the Beacons host St. Bonaventure at noon. The match can be seen live on ESPN+.