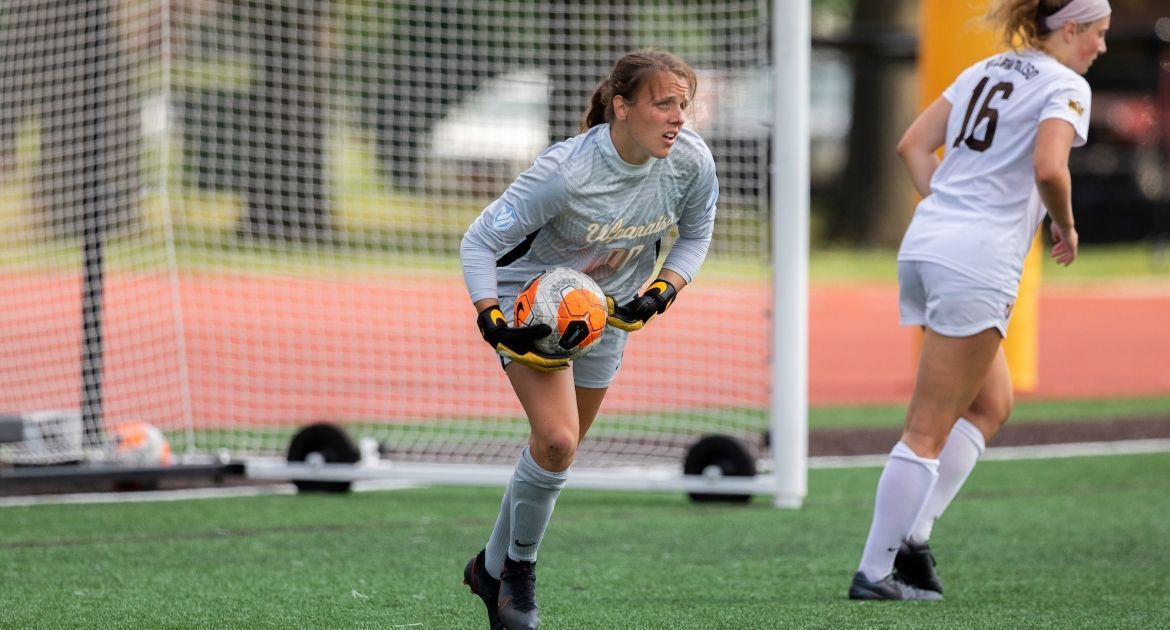 While the Valpo soccer team saw its seven-match winning streak come to an end on Sunday afternoon at Brown Field, the Beacons’ strong defensive work helped them see out all 110 minutes of the match in a 0-0 draw with UNI. The one point that comes with the draw gives Valpo 16 points with two matches left in MVC play and clinched a top-two regular season finish and the corresponding bye to the conference tournament semifinals.

“I think today was a standard day in Missouri Valley Conference play. Every team comes into each match, competes at a high level and competes hard.”

“There were moments in the game today where we weren’t as good as we’ve been over the past month, but at the same time, we still put ourselves in positions which created opportunities. Some areas, we weren’t great in, but in other areas, we grew as the game progressed. We did a much better job as the game went along on solving how UNI was pressing, and I liked the different ways we were trying to break down their back line.”

“Today just wasn’t our day to extend our winning streak, but at the end of the day, we didn’t give away a goal and we came away with a point, which gives us the opportunity to have a bye in the conference tournament. This puts us in a good spot, and now we just have to learn from today’s game and focus on continuing our process as we progress as a team.”

Valpo (9-4-2, 5-0-1 MVC) closes out the home portion of the 2021 regular season schedule Saturday evening at Brown Field against Evansville. The match is slated for a 7 p.m. kickoff and can be seen live on ESPN+.