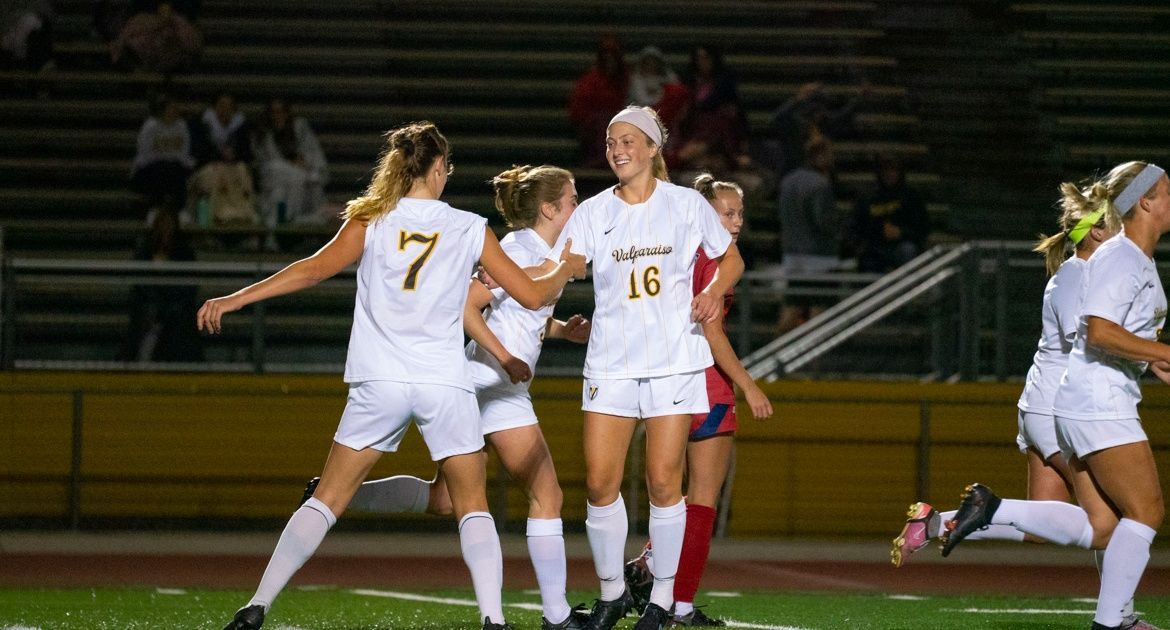 With the Valpo soccer team putting up the attacking numbers they have so far this season, it was only a matter of time before those chances turned into goals, and the floodgates opened on Thursday night at Brown Field as the Beacons put away three goals in the first half en route to a 4-0 victory over MVC newcomer UIC.

“Overall, I’m really proud of our group. They kept at it through some tough results in nonconference play and have been rewarded to start MVC play.”

“Getting the goal on the corner early in the game sets the table for how the rest of the game will play out — it was good to see us convert on that set piece. I thought Addy and Abby gave us two really quality finishes for our second and third goals — those two finishes were chances we’ve had in earlier games, but tonight, we were clinical with them and put them away.”

“I loved how we adapted to how UIC was trying to press and get goals back in the second half. We handled our defensive shape really well, and ultimately got rewarded with a counter opportunity to get our fourth goal. I’m impressed with how we kept the defensive structure to see the game out.”

Sitting atop the MVC standings, Valpo (3-5-2, 2-0-0 MVC) returns to Brown Field on Sunday afternoon as the Beacons host Drake. Kickoff is set for 1 p.m. and the match can be seen live on ESPN3.