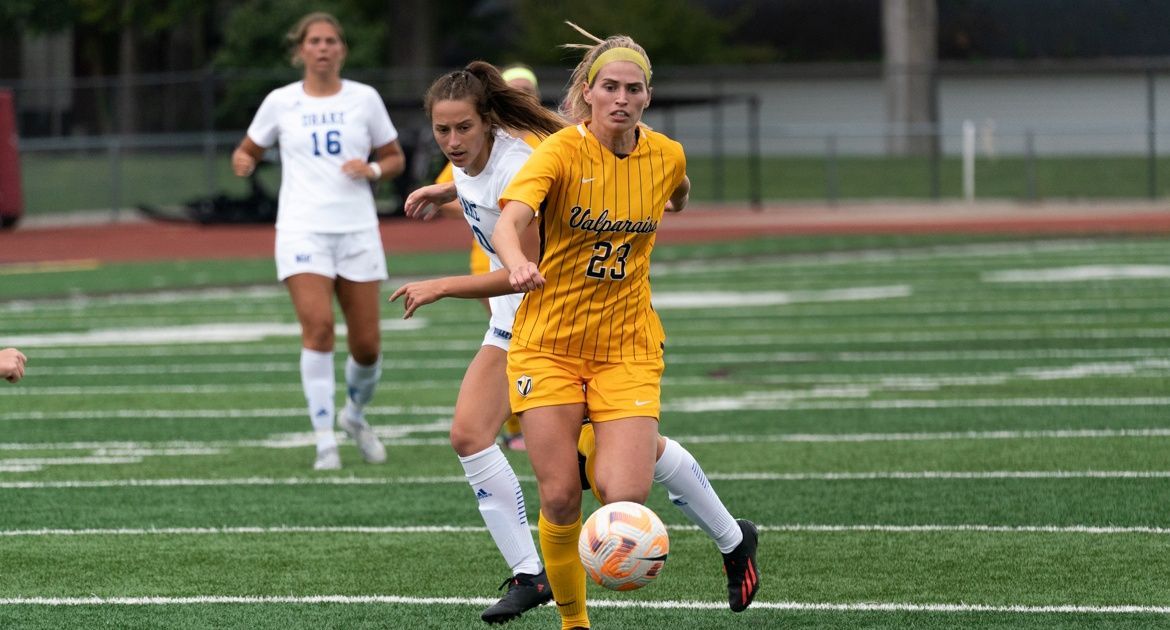 The Valpo soccer team made it three wins in as many matches to start Missouri Valley Conference action this season, earning a 2-0 win on Brown Field over Drake Sunday.

“Overall, I’m still just proud of this group. Every MVC match is going to be hard, going to be a battle. We found a couple of goals today — Addy got another goal off some nice buildup from Molly, and then we were able to take advantage of a set piece for our second.”

“I thought we were a bit off, a bit disjointed for much of the first half. We were letting some Drake players run into spaces we didn’t want them in. We weren’t super clean, and our spacing when we would win the ball was off.”

“We had a conversation at half about cleaning up some of our foundational pieces, process-oriented items in both our attack and our defending to see the game out. One highlight was the work of Peyton and Abbey in the second half — they did a good job in being on two different lines, and it really allowed them to take the flank. They executed exactly what we discussed at halftime. The whole group turned those details around, and it resulted in a really good second half.”

“As the match went along, we figured ourselves out. We found what would be successful on this day, and that’s the mark of a really good side.”

Valpo (4-5-2, 3-0-0 MVC) has a mid-week bye this week, as each MVC team will have one bye out of the 11 matchdays within the conference schedule this season. The Beacons return to action next Sunday with a challenging road fixture at Missouri State. Kickoff is slated for 1 p.m. and the match can be seen live on ESPN3.