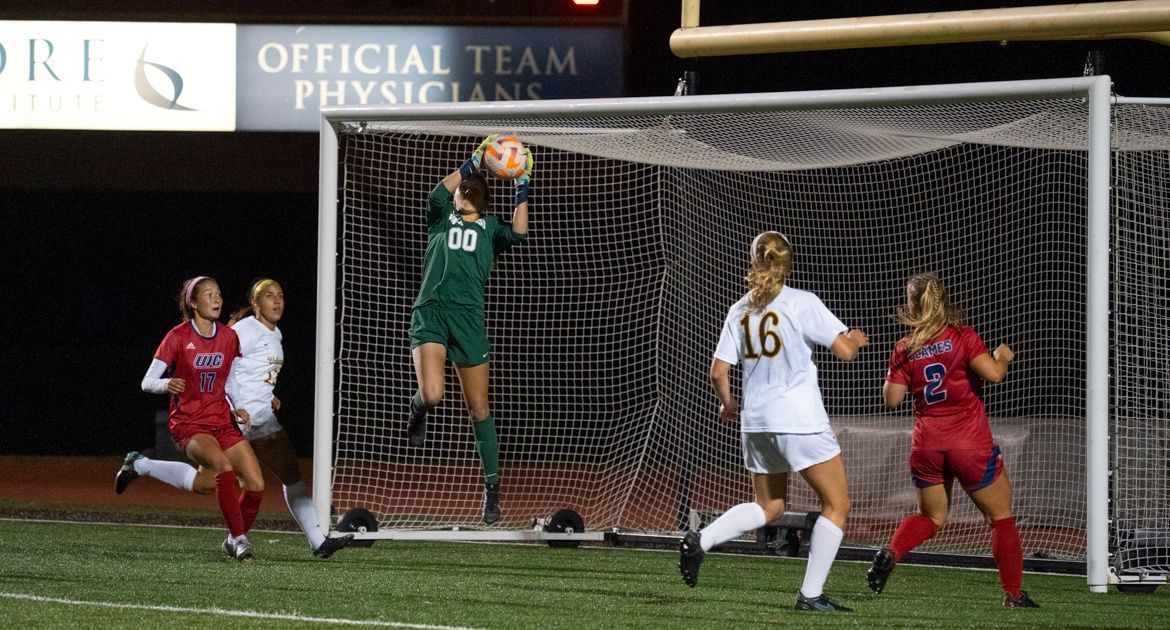 The Valpo soccer team dropped points for the first time since starting Missouri Valley Conference play on Sunday in Springfield, Mo., as host Missouri State scored early in the second half for the deciding tally in a 1-0 final.

Valpo (4-6-2, 3-1-0 MVC) looks for a bounce-back performance Thursday evening when the Beacons play at Illinois State. Kickoff is scheduled for 6 p.m., and the match can be seen live on ESPN+.