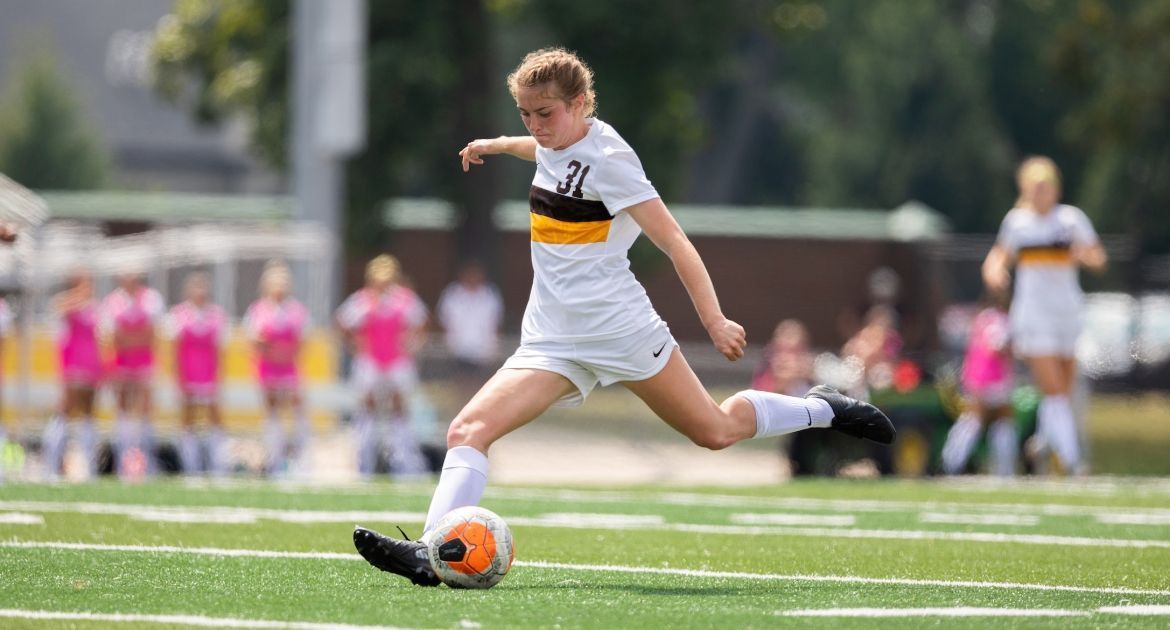 “What I take away from this weekend is tremendous pride in our group. We have a resilient group who, in both matches on this trip, did a great job responding to adversity. It’s very hard to get results on the road in the Valley, and for our team to take all six points this weekend is worthy of praise.”

“Again today, we found a way to respond after falling behind. It was a gritty goal from Addy, putting herself in position to take advantage of that second ball.”

“It was just a great team sequence to get the second goal. From the PK stop by Nikki, to Allie stepping up and winning the first ball on the corner, to Molly getting the third ball and having the vision to play it forward, to Lindsey getting behind the defense and then being patient and playing a nice pass to Abby, who finished well — so many people had a hand in us going ahead.”

“This was a prototypical Valley match. We scored that second goal, and then saw the game out as well as we could. We dealt well with Murray State’s pressure in that final stretch.”

“I thought a lot of players stepped up this weekend. Emma stepped in at center back, Sam had a big weekend. I thought our midfield did a great job today especially. The ball was in the air a lot and Murray State was putting heavy pressure on us. Our midfielders had to cover a lot of ground and did a lot of hard work, and deserve a lot of credit for today’s result.”

Valpo (7-6-3, 6-1-1 MVC) returns home for its final two matches of the 2022 regular season, beginning with a Thursday night match against Southern Illinois from Brown Field at 7:30 p.m. which can be seen live on ESPN+. The Beacons will do no worse than share the MVC regular season title with wins in their final two matches.