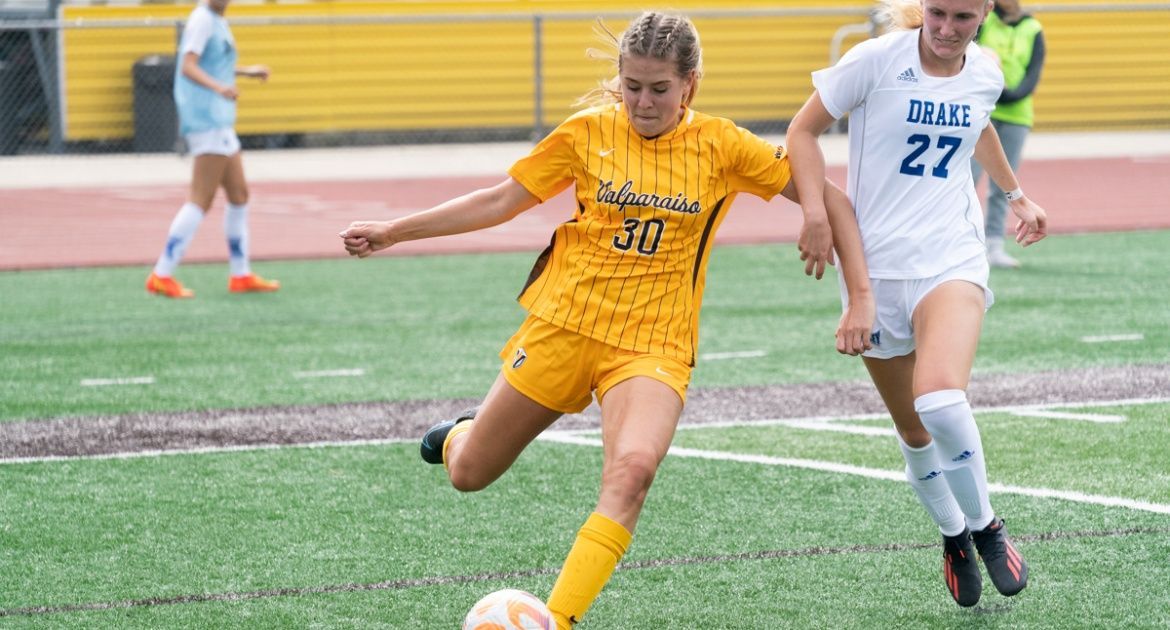 In a battle between two of the top sides in the Missouri Valley Conference Thursday evening at Brown Field, the Valpo soccer team took less than six minutes to equalize the match after Southern Illinois had taken the lead in the second half as the night ended with a 1-1 draw. The result leaves the Beacons with an opportunity to potentially win the MVC regular season title on Sunday.

“Obviously it was disappointing not to get three points tonight, but not disappointed with the performance of the team. It’s just part of being in Valley play — it’s a war.”

“I’m proud of the resiliency of our group to come back and get a tying goal after conceding the first goal. It goes to the spirit and the mindset of this group, being able to manage through difficult moments.”

“I thought some of the flank play we had tonight between Lindsey and Abbey was very good, and Lindsey’s goal on the corner was outstanding. We did a lot of really good things, just needed to be better on the last pass.”

“Tonight didn’t go our way, but we’re not going to let it define who we are. We’re still alive for a championship heading into the last day, and that’s all we can ask for. We’ll re-focus, come out on Sunday, go after three points and then see how the rest of the games play out.”