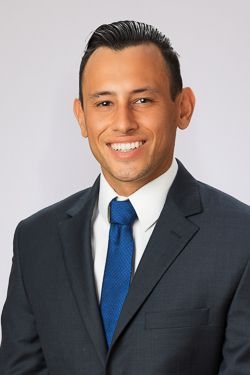 RJ Ghilarducci completed his third season on the Valpo coaching staff in 2022. After serving as the nickelbacks coach in Spring 2021, he was promoted to a full-time role on staff as defensive line coach prior to the Fall 2021 season.

Over the last three seasons, Ghilarducci has been on staff for 12 Pioneer Football League victories, the most in a three-year period in program history. The program finished with a PFL record of .500 or better for a third consecutive season in 2022, the first time that has occurred since 1998-2000. Prior to that, Valpo had not had a stretch of three straight years with a league record of .500 or better since 1961-1964.

The program won four PFL games in the same season just once in the 27 seasons prior to Ghilarducci’s arrival. Now, the program has reached that threshold in three straight seasons with Ghilarducci on staff (Spring 2021, Fall 2021, 2022).

Ghilarducci’s position group thrived during the Fall 2021 season. The defensive line helped Valpo notch 32 sacks, the program’s most since 2000 and fifth-most in a single season in program history. Valpo ranked 15th nationally in FCS and led the PFL in sacks per game at 2.91. Valpo was also among the national leaders in tackles for loss per game at 7.3, ranking 15th in FCS. The team’s 80 TFLs were its most since 1984 and the second most in program history. Valpo had 18 tackles for loss in a single game vs. Presbyterian, tied for the most in the Division-I nation (FCS and FBS). The team’s 10 sacks vs. the Blue Hose were tied for the fifth most in FCS. Valpo had its highest single-game TFL total since at least 2004 and the program’s first double-figure sack total in over 20 years. Valpo had two safeties in a single game vs. Dartmouth, the first time the program recorded two safeties in the same season – let alone the same game – since 2006.

Ghilarducci’s defensive linemen also played a role in Valpo leading the nation in blocked kicks with nine during the Fall 2021 campaign, the second most in program history and most since 1991. Valpo was the only team in all of Division-I college football (both FCS and FBS) to block nine kicks during the season. On Oct. 30 at San Diego, Valpo tied a PFL record for blocked kicks in a single game with three.

Ghilarducci joined the Valpo football staff for the Spring 2021 season after spending the previous three seasons at the University of San Diego, where he served in multiple roles including assistant defensive backs coach, assistant defensive line coach and specialists coach. While at San Diego, he was part of three Pioneer Football League championship teams and multiple FCS playoff appearances. His position groups produced seven all-PFL performers, including FCS all-time sacks leader Jonathan Petersen. In addition, Ghilarducci was part of the first nonscholarship program to win a playoff game in FCS history.