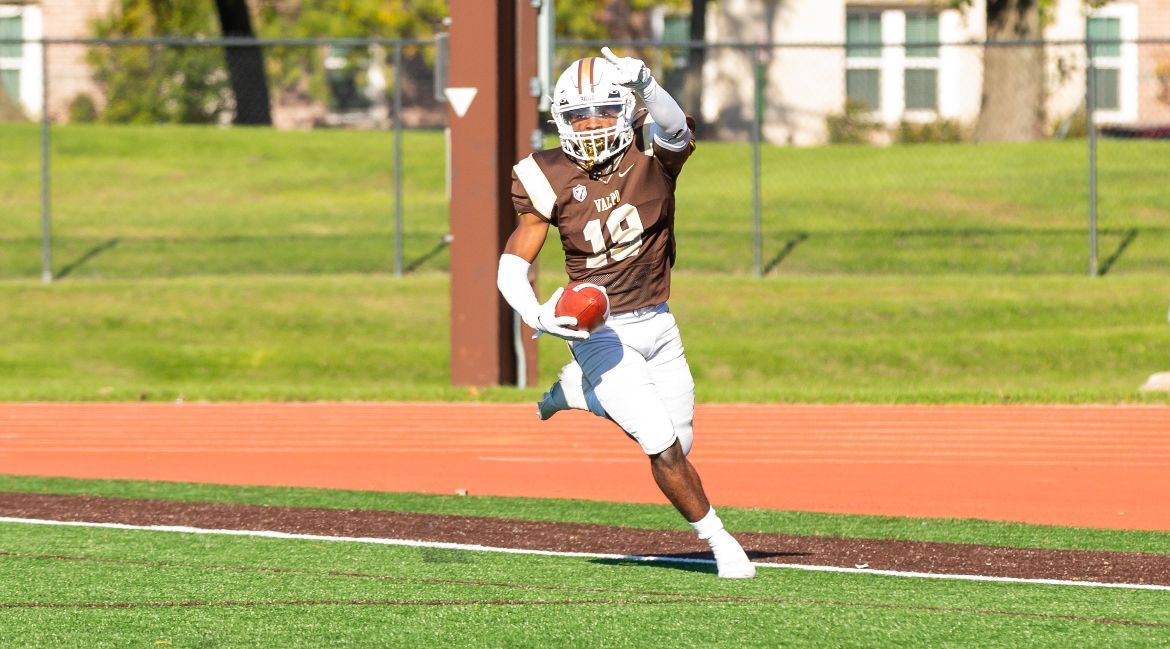 Jamauri Jackson had a pick six for the second straight week on Sunday.
Valparaiso at San Diego | October 30, 2021

The Valparaiso University football team got off to a stellar start and strong defensive play helped the Beacons cling to the lead for much of the game, but San Diego scored a go-ahead touchdown with 1:15 remaining to edge Valpo 21-14 on a sunny Saturday at Torero Stadium. All three of Valpo’s setbacks in Pioneer Football League play have come by seven points or fewer. Valpo tied a PFL record with three blocked kicks in a single game.

Valpo (2-6, 2-3 PFL) will return to the gridiron next week to host Presbyterian on Saturday, Nov. 6 at 1 p.m. CT at Brown Field. Ticket information can be found on valpoathletics.com/tickets. The game will be broadcast on ESPN3 as well as the Valpo Sports Network (95.1 FM Valparaiso, ValpoAthletics.com and the TuneIn Radio app).