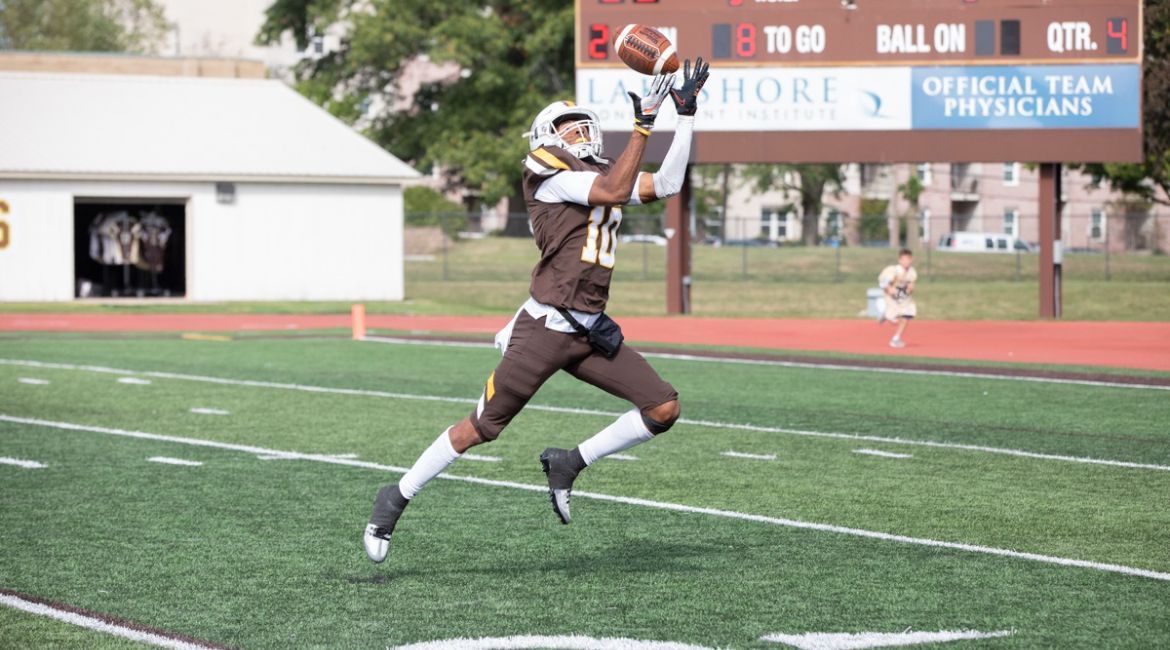 The Valparaiso University football team made a statement on Saturday afternoon at Brown Field.

The Beacons are 1-0 in Pioneer Football League play after defeating perennial league powerhouse San Diego 28-21 in front of a large crowd on Homecoming Saturday. Valpo overcame a 14-0 first-half deficit to top the Toreros and give the student body, alumni base and community reason for glowing optimism about what could unfold on the Valpo gridiron in the coming weeks and months.

Valpo (2-2, 1-0 PFL) will enjoy a bye week before visiting Presbyterian on Saturday, Oct. 8 at 11 a.m. CT in a game that will air on ESPN+. Links to live video, audio and stats are available on ValpoAthletics.com.