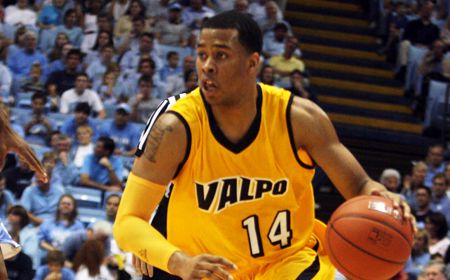 “You have to compliment Bowling Green, they came out ready to play and jumped on us from the beginning,” said Crusader head coach Homer Drew.  “They were the more aggressive team.  Their size ended up a major difference in the game as well, with them scoring 52 points in the paint.”

Bowling Green scored the first nine points of the game to put the Crusaders in a quick 9-0 hole just 3:01 into the ballgame.  A pair of Milos Milosevic (Bar, Montenegro/Oakmont [Calif.] H.S. [Yuba College]) free throws put Valpo on the board, and short-range baskets by Howard Little (Chicago, Ill./Stoneridge [Calif.] School) and Ryan Broekhoff (Frankston, Victoria, Australia/Australian Institute of Sport) kept the Crusaders within five points at 11-6 with 13:51 to go in the opening half.

A 9-2 spurt out of the locker room brought Valpo to within 18 points with 17:49 to play, but BGSU quickly pushed its lead back up into the 20s, where it remained for the better part of the next nine minutes.  Trailing by 21 with 8:08 to play, the Crusaders put together a 14-4 run over the next 3:30, capped by back-to-back 3-pointers from Broekhoff and Little, to close to 72-61 with 4:38 to go, but the Falcons scored the next six points to hold off the Valpo comeback.

“We just turned the ball over way too many times, especially in the first half,” said Drew.  “13 turnovers in a half for us led to 21 points for Bowling Green, and that is just unacceptable.  A lot of them were just uncharacteristic, careless turnovers too; fumbling the ball away or just making bad decisions with the basketball.”

Valparaiso (15-15) closes out regular season play at the Athletics-Recreation Center on Friday evening live in front of a nationwide audience on ESPNU as the Crusaders host #18/13 Butler in the Horizon League finale for both teams.  Tip time is set for 8 p.m., and if you can’t make it to the game or catch it on TV, as always, it will be available on the Valpo Sports Radio Network (WEFM, 95.9 FM, Michigan City; WAKE, 1500 AM, Valparaiso; WLPR, 89.1 FM, Lowell).  Valpo’s athletic website, www.valpoathletics.com, will have links for live audio and statistics as well.