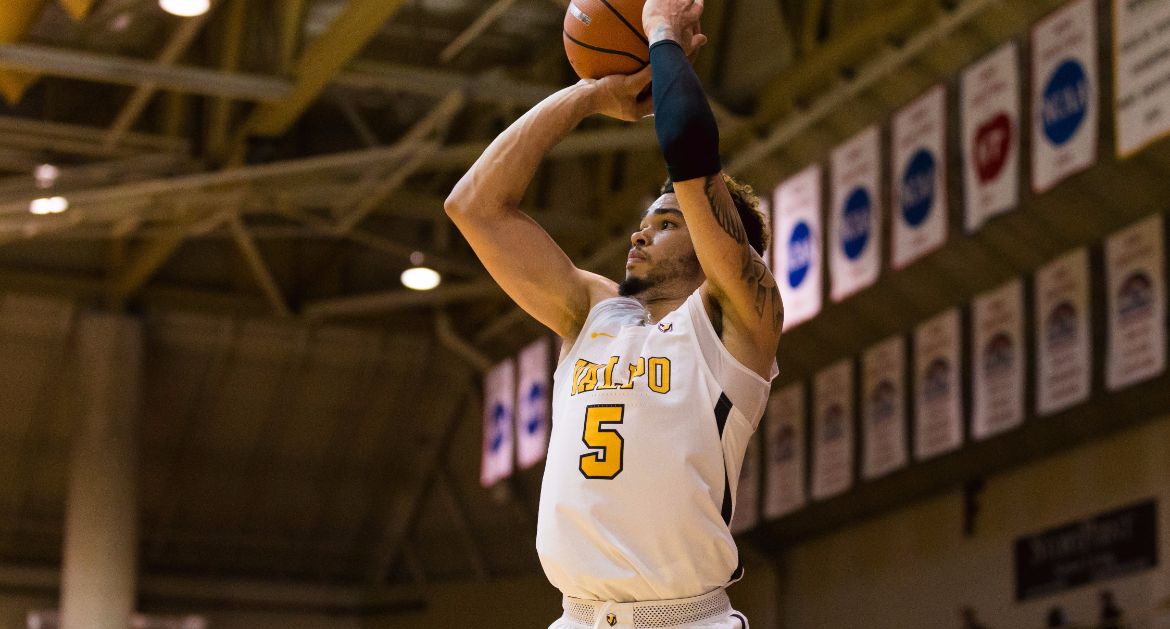 Markus Golder scored all of his 16 points in the second half as Valpo rallied for the win.
Bradley at Valparaiso | February 17, 2018
Related Links
Related Links

The movement late in the second half of Saturday night’s game at the ARC was all on the Crusaders’ side of the scoreboard, as the Valparaiso University men’s basketball team went on a 21-0 run late to take the lead and eventually pull away for a 77-64 win in Missouri Valley Conference play over Bradley. Sophomore Markus Golder (Portland, Ore./Clackamas [North Idaho]) led the way with 16 points, all of which came in the second half.

Valpo (14-15, 5-11 MVC) closes out the home slate on Tuesday evening at the ARC at 8 p.m. as it hosts UNI in front of a national television audience on the CBS Sports Network. It will be Senior Night at the ARC as well, as Joseph and Tevonn Walker are honored. The game can also be heard, as always, on WVUR (95.1 FM, Valparaiso).