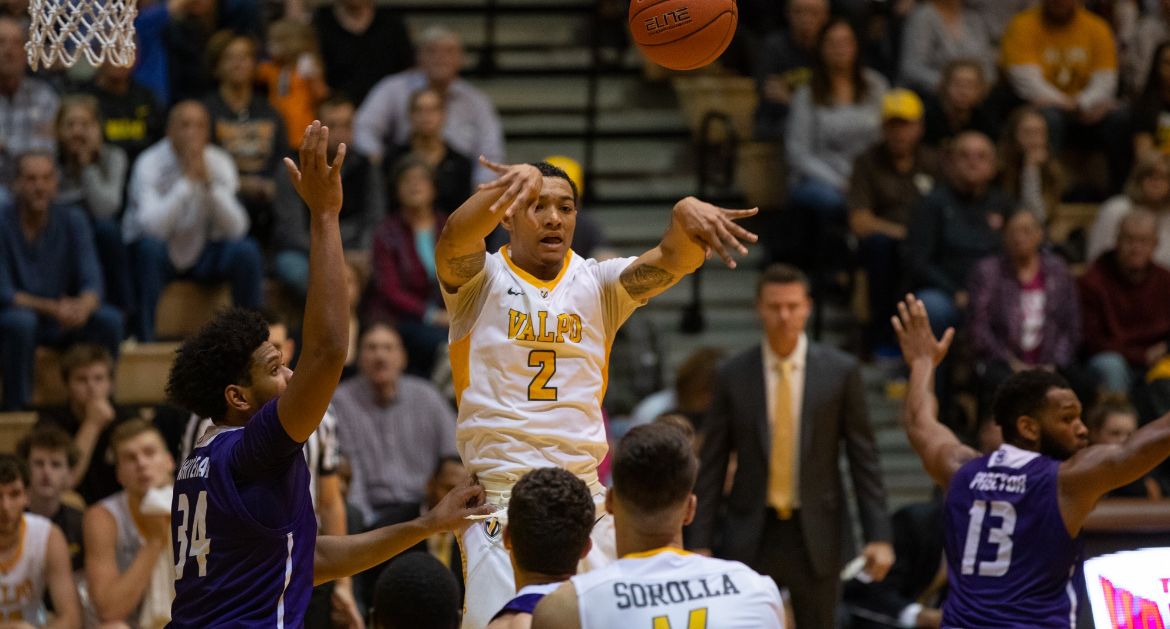 The Valparaiso University men’s basketball team rallied from a late seven-point deficit to tie Tuesday’s game with High Point at the ARC on a 3-pointer by Ryan Fazekas (Chesterton, Ind./Marquette Catholic [Providence]) with 19 seconds to play, but the Panthers’ Brandonn Kamga banked in an off-balance jumper with 0.8 seconds remaining to give High Point the 55-53 win.

Valpo (5-4) heads east to Washington, D.C. to take on George Washington Saturday afternoon at 3 p.m. CT. The game can be seen live on ESPN+.