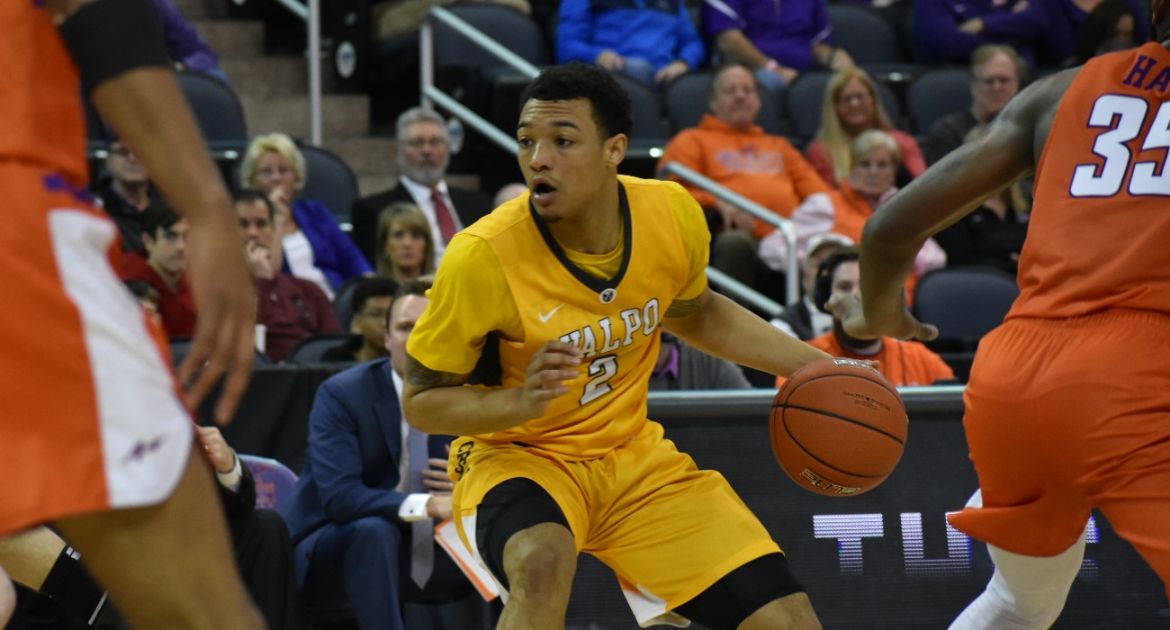 The Valparaiso University men’s basketball team was unable to turn a halftime lead into a road victory Saturday afternoon at Evansville, as the Purple Aces outscored Valpo by 14 in the second half as Valpo lost by a 64-53 final.

Valpo (12-11, 5-5 MVC) looks to snap its losing streak Tuesday night when it travels to Illinois State. The 7 p.m. tipoff against the Redbirds will be broadcast live on ESPN+.