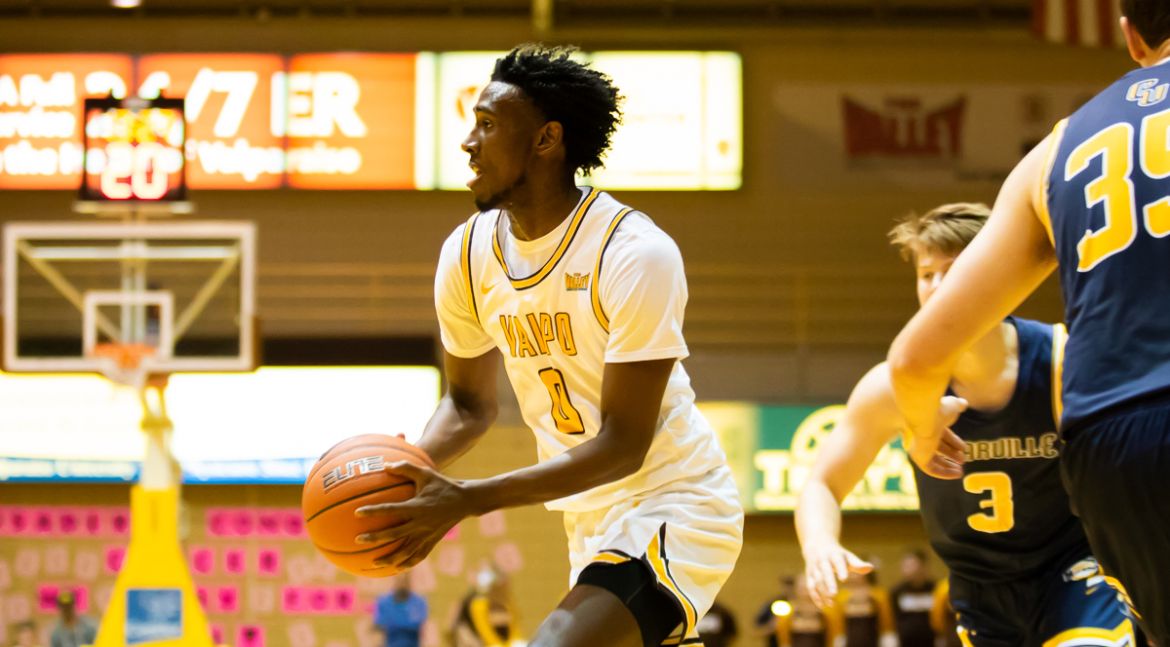 Fans received their first look at the 2019-2020 Valparaiso University men’s basketball team on Saturday evening at the Athletics-Recreation Center. They went home pleased with what they saw after Valpo showcased speed and athleticism on the way to an 85-65 triumph over Cedarville in exhibition play. Javon Freeman-Liberty (Chicago, Ill. / Whitney Young) boasted 21 points to lead all scorers.

“I was pleased with the overall effort. There are some things we have to work on; there’s no doubt about it. This is probably the earliest we’ve ever had an exhibition game. We were young at times, but the effort was always there. One of the things I really enjoy about this group is that I don’t ever have to coach effort, enthusiasm or competitiveness. It’s just a given. We played well enough tonight to beat a really good team that is going to win a lot of games. I was proud of the effort.”

“Javon got up and down the floor today. Ryan took a lot of shots that he’s supposed to shoot. There were stretches where we were scoring in bunches and getting a lot of stops, so I was really pleased. We’re going to build off it.”

“Emil is getting better every practice. Siggy can score at this level. It was nice to see him be aggressive and put the ball in the basket. Like any new guys, it’s good to see when they have success. I love the energy on the bench. Donovan is gifted athletically and played well. It’s going to be important for us to continue to get these young guys acclimated to what we do and to playing college basketball.”

“Our backcourt is trying to make opponents uncomfortable. We’ve got guys who can put special pressure on the ball, and we’re going to try to utilize it.”

Valpo will play one closed scrimmage between now and the start of the regular season, which begins on Tuesday, Nov. 5 as Toledo makes its way to the Athletics-Recreation Center. The game against the Rockets will tip at 7 p.m. and will be broadcast on ESPN3 and 95.1 FM Valparaiso, WVUR. Links to live coverage will be available on ValpoAthletics.com.