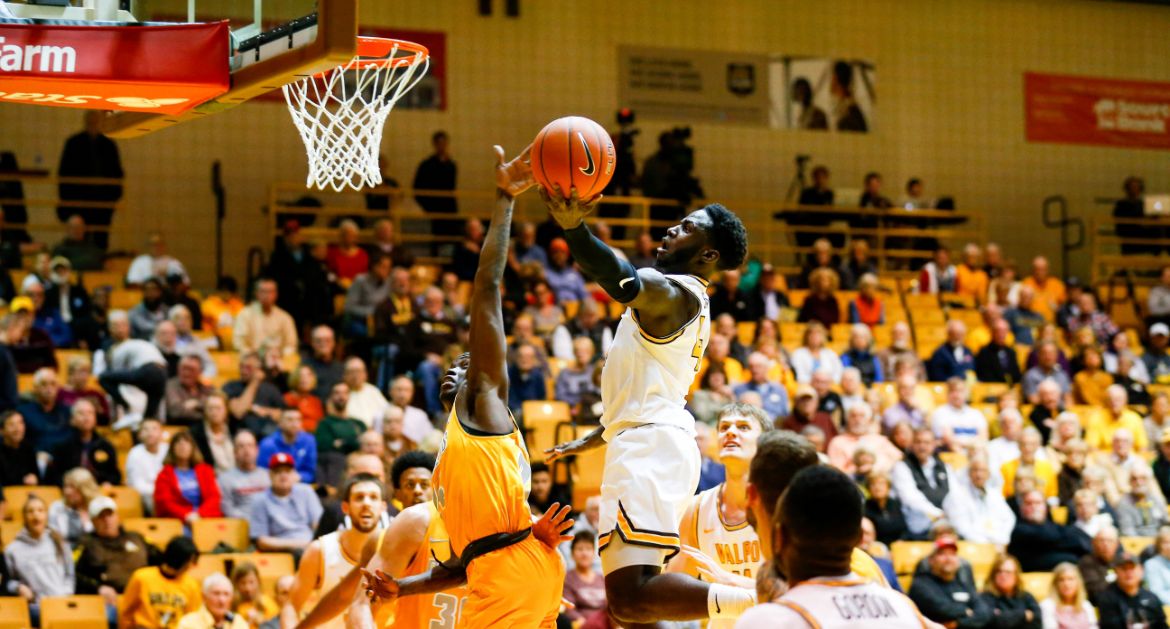 The Valparaiso University men’s basketball team faced a 14-point deficit in the first half on Saturday night at Chaifetz Arena in St. Louis before battling to within two with 5:19 to play in the game. However, the defending Atlantic 10 champion Billikens finished strong, topping the Brown & Gold 81-70 by scoring 11 of the game’s final 13 points. Sophomore Daniel Sackey (Winnipeg, Manitoba, Canada / Thornlea) turned in a career-high 22 points, 15 of which came before halftime.

Valpo (1-1) will remain in the St. Louis area for a Tuesday night matchup with SIU Edwardsville in Edwardsville, Ill. That contest tips off at 7 p.m. and can be seen on ESPN+ with the hometown radio call available on 95.1 FM Valparaiso WVUR. Links to live video, audio and stats are up on ValpoAthletics.com.