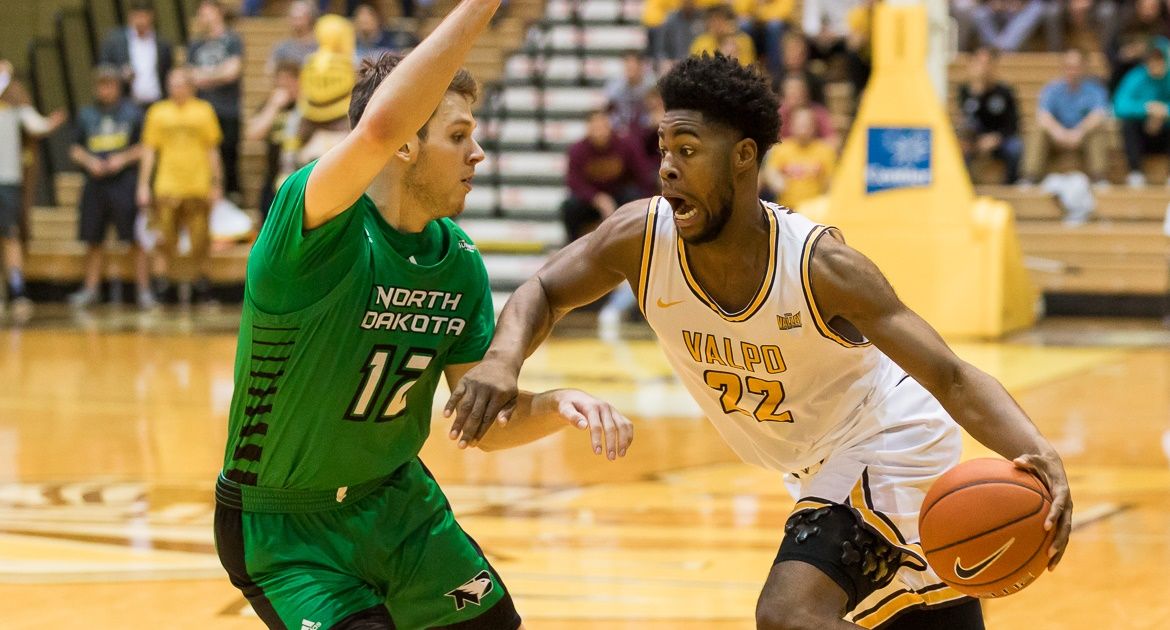 “I’m very pleased with the effort. North Dakota had a really good game plan coming in. They let us run our action and then gambled defensively. It was the first time all year that an opponent had done that. It took us a bit to adjust, but we got going in the second half. It was good to see Ben play well. He hadn’t done what he did today yet in a game, but he’s been doing it every day in practice. Mileek was out there less than 100 percent, but gave it his all and had another career high. Javon let the game come to him again and hit big shots. Everyone who played contributed to the win. Eron Gordon gave us some good minutes. We beat a good team, and I’m proud of the effort.”

“With the freshmen we have, the talent is there, there’s no doubt about it. Sometimes, executing our scheme is the concern, but Ben did a great job of that today. Defensively, he was locked in and offensively, he was very locked in. There are always moments where there is a little more clarity for freshmen, and Ben had those moments today. Every day in practice, Ben has been tough to stop offensively and done a great job defensively. I’m really proud of his work. Our freshmen have to contribute a little more with Ryan (Fazekas) being out, and I’m extremely proud of what they did today.”

“Opportunities like the U.S. Virgin Islands trip are fun because we get to spend a lot of time together. We get to build our team chemistry and camaraderie. It’s hard to quantify what that is, but it’s probably the most important thing in basketball. Right now, our team has a lot of good vibes, good feelings and they’re playing for one another. It’s special.”

Valpo (3-1) will travel to the U.S. Virgin Islands for this week’s Paradise Jam, which begins on Friday at noon Central Time vs. Grand Canyon. The battle with the ‘Lopes will be the first of three games Valpo will play in the multi-team event, which will be broadcast on FloHoops.  Links to live video, audio and stats will be available on ValpoAthletics.com.