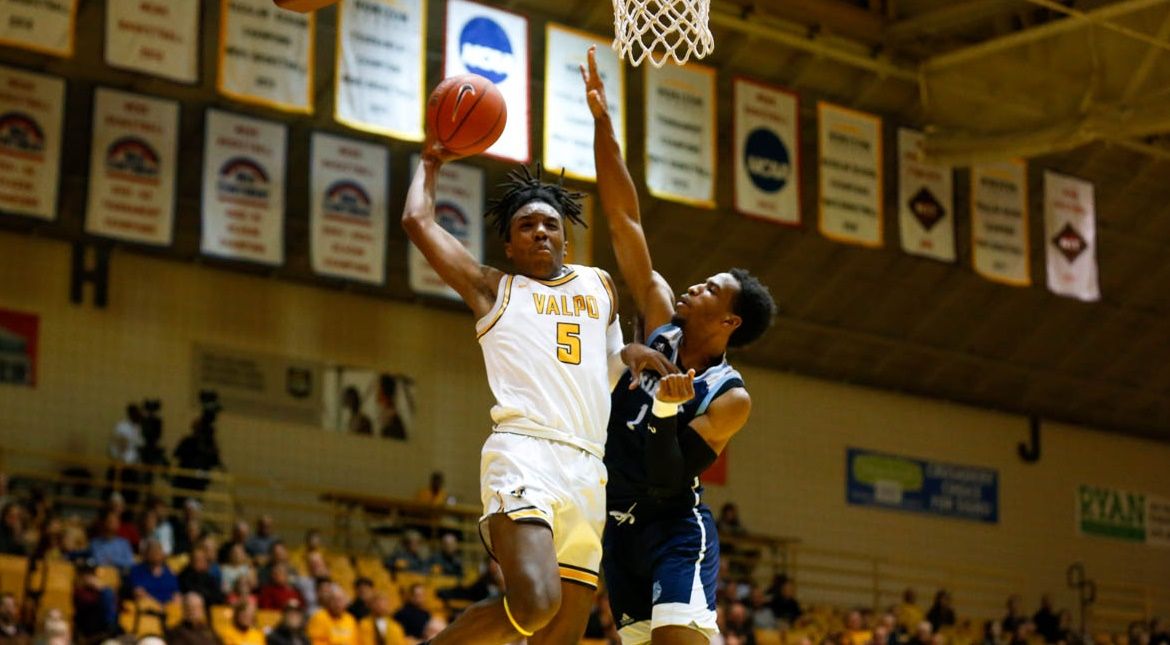 Donovan Clay made seven of his 11 shots to finish with 16 points on Wednesday.
Trinity Christian at Valparaiso | November 27, 2019
Related Links
Related Links

The Valparaiso University men’s basketball players had their mental focus put to the test on Wednesday night at the Athletics-Recreation Center, taking the court after a late-night return that capped a full Tuesday of travel back from the U.S. Virgin Islands. Head coach Matt Lottich’s team passed that test with flying colors, dispatching visiting Trinity Christian College 98-71 with five players finishing in double figures and the team handing out 29 assists.

Valpo will enjoy a few days off for Thanksgiving before beginning preparation for Tuesday’s game at Eastern Michigan, which begins at 6 p.m. CT and will be broadcast on ESPN3.