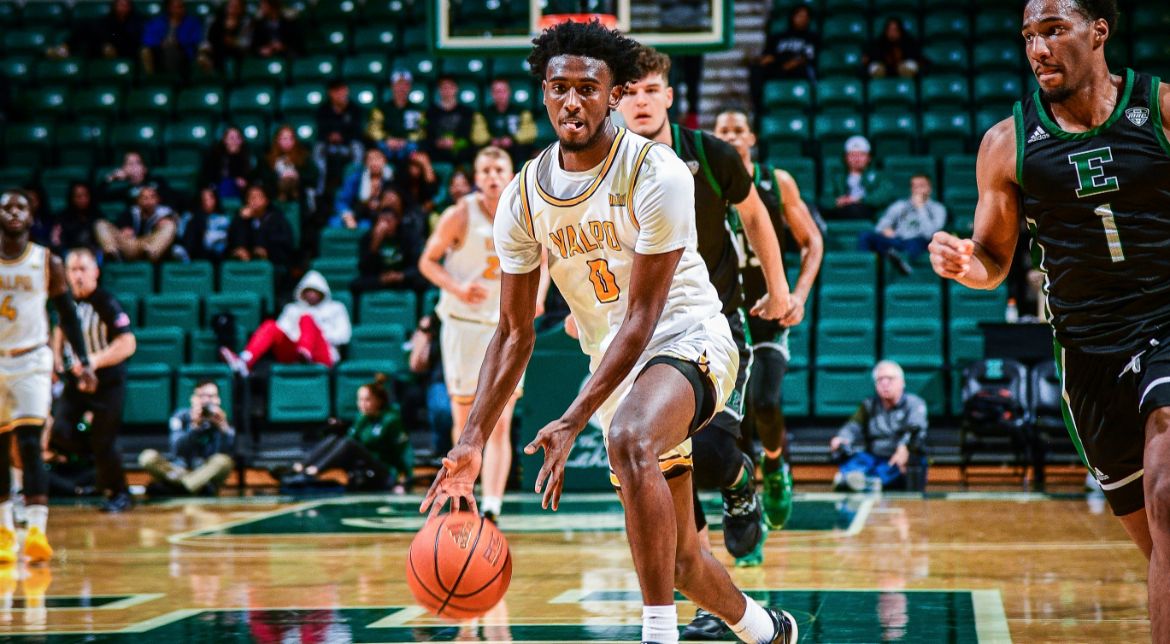 After facing a 10-point halftime deficit and trailing by as many as 12, the Valparaiso University men’s basketball team made its patented second-half comeback to take a late six-point lead on host Eastern Michigan on Tuesday night at the EMU Convocation Center in Ypsilanti, Mich. But the effort fell short this time as the Eagles prevailed 85-79 despite a 28-point, five-steal performance by sophomore Javon Freeman-Liberty (Chicago, Ill. / Whitney Young).

Valpo (5-4) will return home on Sunday afternoon to welcome Central Michigan for a 1 p.m. tip at the Athletics-Recreation Center. It’s Homer Drew Day as Valpo Athletics will celebrate the legendary head coach’s induction into the National Collegiate Basketball Hall of Fame prior to the game. The pregame banner-raising ceremony, which will feature remarks from Coach Drew, will begin at 12:39 p.m. The game will be broadcast on ESPN+.