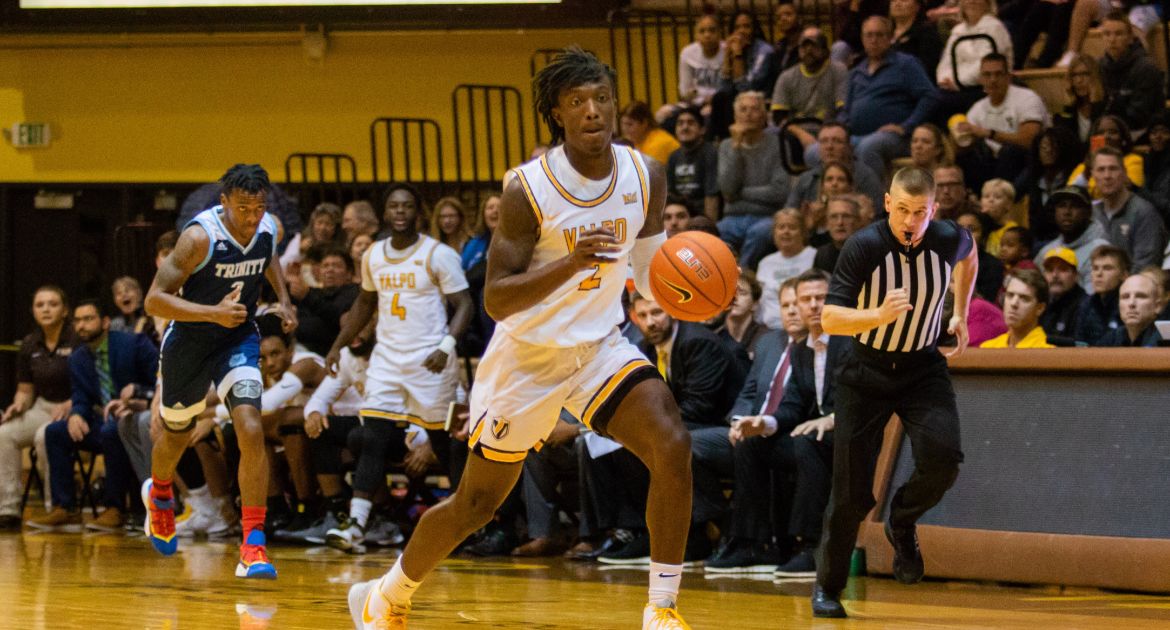 Zion Morgan had a season-high nine rebounds on Sunday.
Valparaiso at Arkansas | December 21, 2019

Valpo overcame an early 18-5 deficit to take an eight-point edge with under eight minutes remaining, but ran out of steam a smidge too soon in a 72-68 loss to SEC foe Arkansas at Simmons Bank Arena in North Little Rock. The Razorbacks entered the evening ranked 12th in RPI, 23rd in the NET rankings and receiving votes nationally in the AP and USA Today Coaches’ polls.

Valpo (7-6) will take a few days off for the Christmas holiday before returning to Porter County to begin preparation for the Missouri Valley Conference gauntlet that begins on Monday, Dec. 30. Loyola will come to the Athletics-Recreation Center for a 7 p.m. tip, a game that will air on The Valley on ESPN+. Links to live video, audio and stats will be available on ValpoAthletics.com.