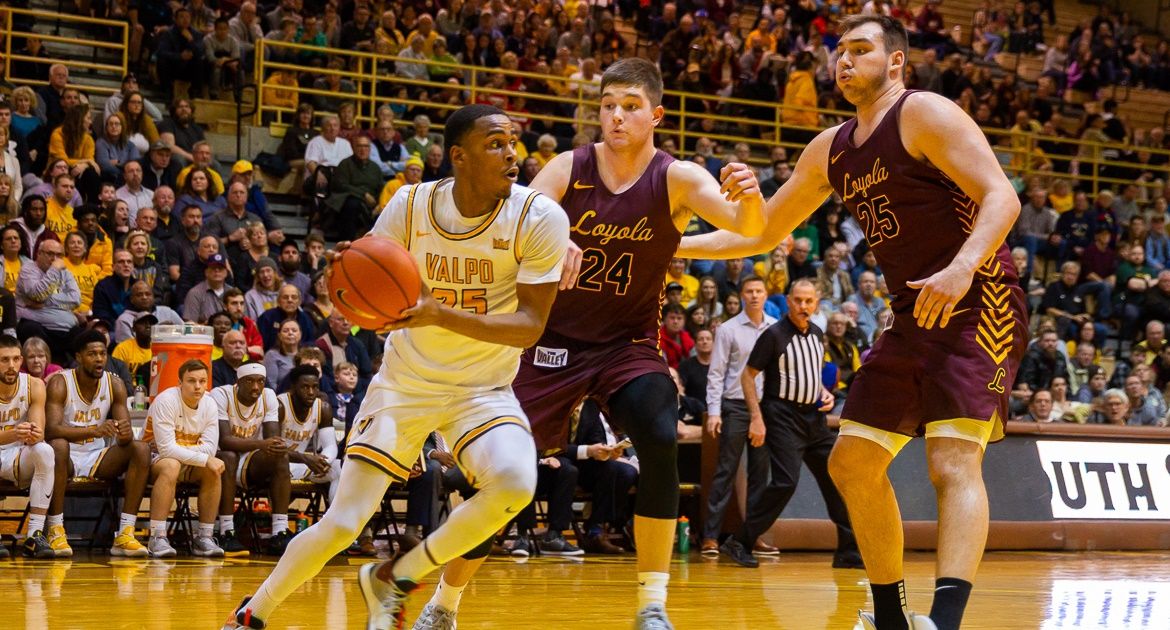 Donovan Clay (Alton, Ill. / Alton) sure didn’t look like a freshman in Monday’s Missouri Valley Conference opener at the Athletics-Recreation Center, but the rookie’s senior-like performance came in a losing effort as visiting Loyola nipped the Valparaiso University men’s basketball team 66-63 in front of a large audience of 4,364. A conference slate that figures to be filled with close games started in tight fashion as Valpo incurred its fourth loss by six points or fewer.

Valpo (7-7, 0-1) will hit the road for a two-game Missouri Valley Conference swing beginning on Saturday night in Evansville. The game against the Purple Aces will tip off at 6 p.m. CT and will be broadcast on The Valley on ESPN+. Links to live video, audio and stats will be available on ValpoAthletics.com.