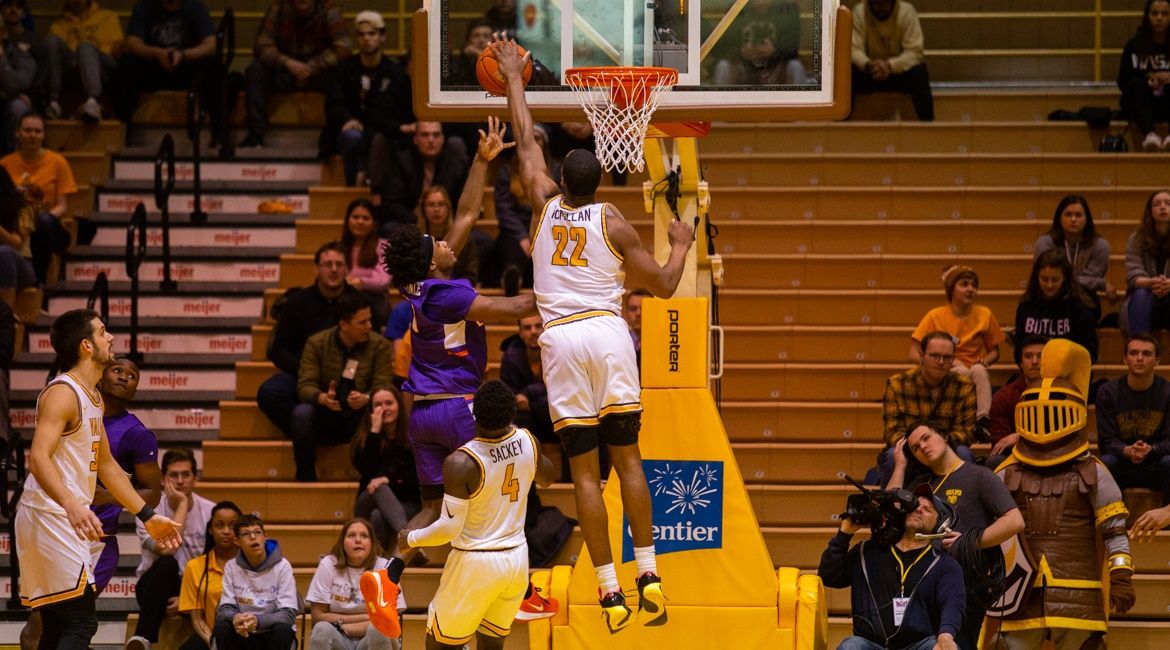 Mileek McMillan matched a career-high 16 points and had a key blocked shot in the final minute on Sunday.
Evansville at Valparaiso | January 26, 2020
Related Links
Related Links

On a night where Mileek McMillan (Merrillville, Ind. / Merrillville) played perhaps his best game in a college uniform, it seemed only fitting that the Valparaiso University men’s basketball junior would make the biggest play of the day.

With Valpo clinging to a 63-61 lead over Evansville and only 35 seconds remaining, McMillan recorded a rejection to keep his team in front. That play proved pivotal in Valpo’s 67-65 triumph on Sunday evening at the Athletics-Recreation Center and helped McMillan cap a career showing that also saw him equal a personal best with 16 points.

Valpo (11-10, 4-4) will hit the road to face off with Bradley on Wednesday night in Peoria. The tip is set for 6 p.m. with the broadcast available on ESPN+.