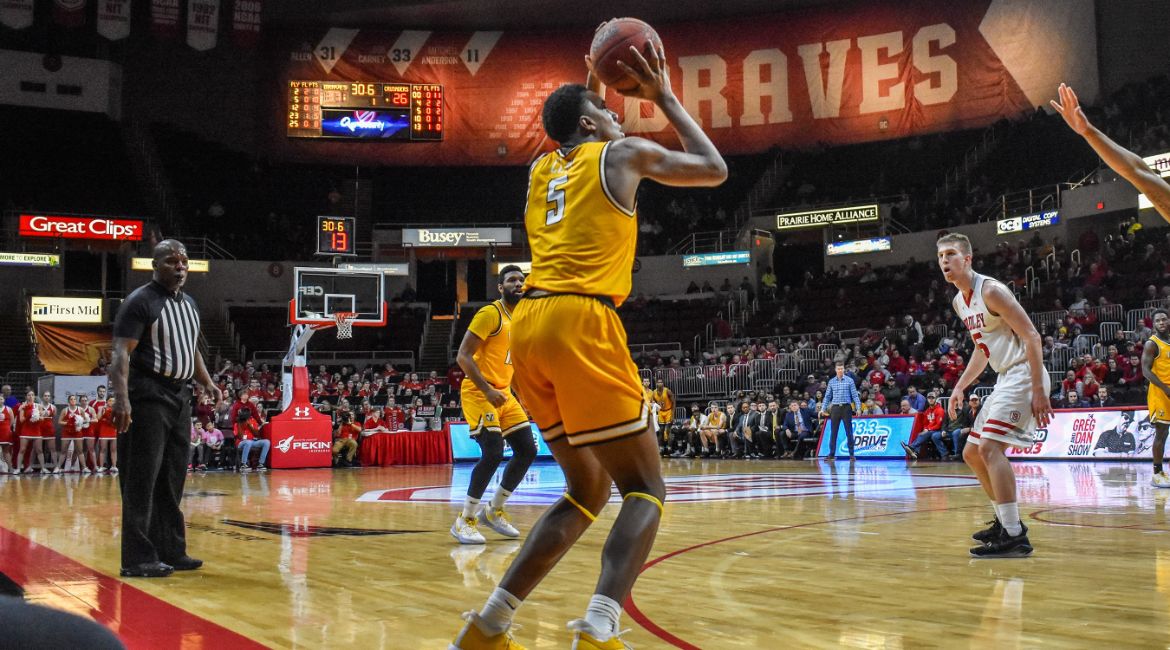 Donovan Clay scored 13 second-half points to finish with 15 for the game on Wednesday.
Valparaiso at Bradley | January 29, 2020

The Valparaiso University men’s basketball team made a late run to pull within two points with 3:44 to play on Wednesday night at Bradley, but the Braves finished strong to hold on for an 80-69 win at Carver Arena. Javon Freeman-Liberty (Chicago, Ill. / Whitney Young) and Ryan Fazekas (Chesterton, Ind. / Marquette Catholic [Providence]) both returned to form, with Freeman-Liberty scoring a game-high 21 points while the now-healthy Fazekas drained four 3s.

Valpo (11-11, 4-5) will play back-to-back home games for the first time all season, starting on Saturday as Illinois State comes to town for a 7 p.m. tip off. The game will be broadcast on ESPN3.