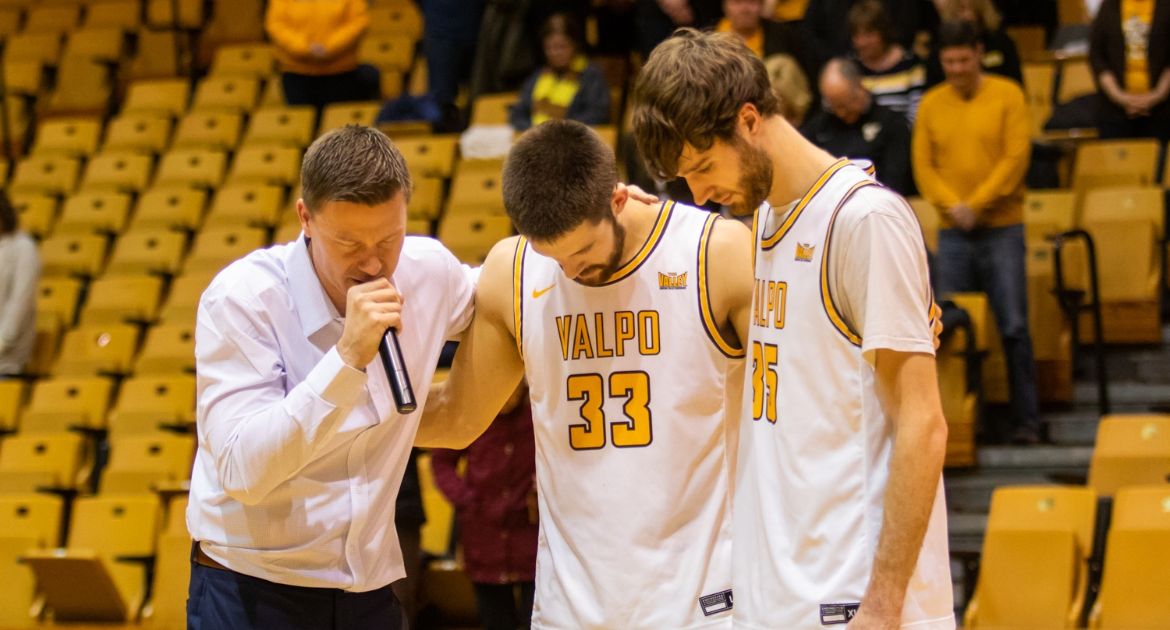 The past, present and future of the Valparaiso University men’s basketball program all came together in a dominant 89-74 win over Missouri State on Tuesday night at the Athletics-Recreation Center.

After a Senior Night celebration of the duo’s past accomplishments, veterans John Kiser (Noblesville, Ind. / Noblesville) and Ryan Fazekas (Chesterton, Ind. / Marquette Catholic [Providence]) turned in strong performances in their final collegiate home game. Not to be outdone by their elders, freshmen Ben Krikke (Edmonton, Alberta, Canada / Jasper Place) and Donovan Clay (Alton, Ill. / Alton) combined for 36 points while sophomore Daniel Sackey (Winnipeg, Manitoba, Canada / Thornlea) chipped in 14. A team effort from up and down the roster helped Valpo withstand the absence of leading scorer Javon Freeman-Liberty (Chicago, Ill. / Whitney Young), who was sidelined by an illness.

Valpo (16-14, 9-8) will close out the regular season on Saturday afternoon at Indiana State. The game is slated to tip at 1 p.m. and will be carried on ESPN3.