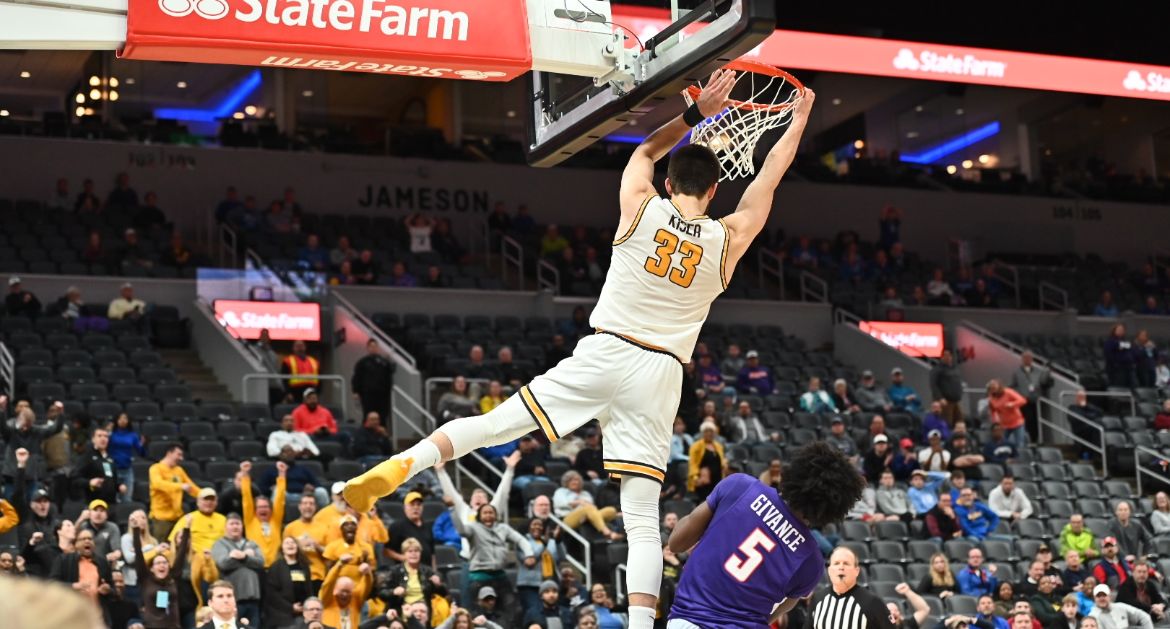 The Valparaiso University men’s basketball program’s bright future was on full display on the Missouri Valley Conference’s biggest stage as the team’s top two scorers were freshmen in Thursday’s Arch Madness opening-round game at the Enterprise Center in St. Louis.

Seventh-seeded Valpo (17-15) will take on second-seeded Loyola on Friday at 6 p.m. at the Enterprise Center in St. Louis. The game will be available on the MVC TV Network including FOX Sports Midwest, FOX Sports Indiana, and FOX Sports Kansas City. In the Chicago and Northwest Indiana TV market, the game will not be blacked out on ESPN+ because NBC Sports Chicago will air the game on tape delay only. Links to live video, audio and stats for Friday’s MVC quarterfinal are available on ValpoAthletics.com.