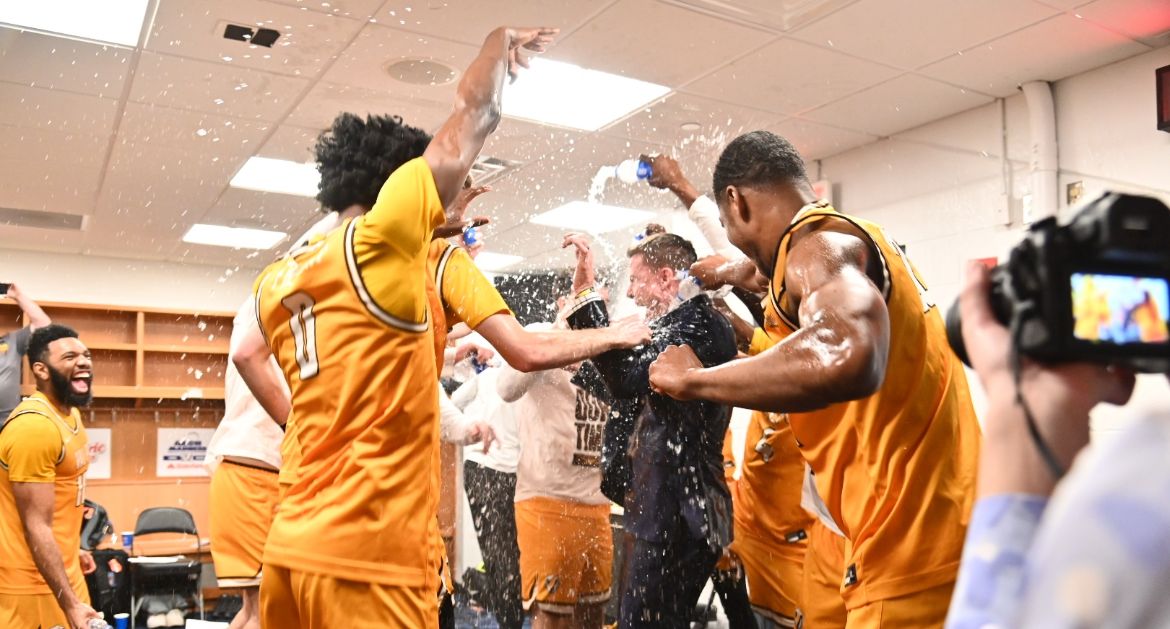 A season that features the motto “One Team, One Boat” to exemplify the program’s unity had its most defining team win to date on Friday night as the seventh-seeded Valparaiso University men’s basketball team shocked second-seeded Loyola 74-73 in overtime in the quarterfinal round of the Missouri Valley Conference Men’s Basketball Tournament in St. Louis. Another theme of the season was a no-quit attitude, one that was on full display as Valpo trailed the Ramblers by as many as 18 before pulling off the improbable victory.

The two indelible plays of the team’s biggest win since joining The Valley came courtesy of senior Ryan Fazekas (Chesterton, Ind. / Marquette Catholic [Providence]) and redshirt junior Eron Gordon (Indianapolis, Ind. / Cathedral [Seton Hall]. It was Fazekas’ game-tying 3-pointer with 11 seconds left that helped the game reach overtime, then it was Gordon’s layup on a pass from John Kiser (Noblesville, Ind. / Noblesville) in the final seconds of OT that added to the list of March moments etched into the program’s proud past.

Valpo (18-15, 9-9) will clash with Missouri State (16-16, 9-9) at 5 p.m. on Saturday in the second of two Arch Madness semifinals. The two teams finished tied for sixth in the MVC regular-season standings. Saturday’s game will be nationally televised on CBS Sports Network. Coverage links will be posted on ValpoAthletics.com.