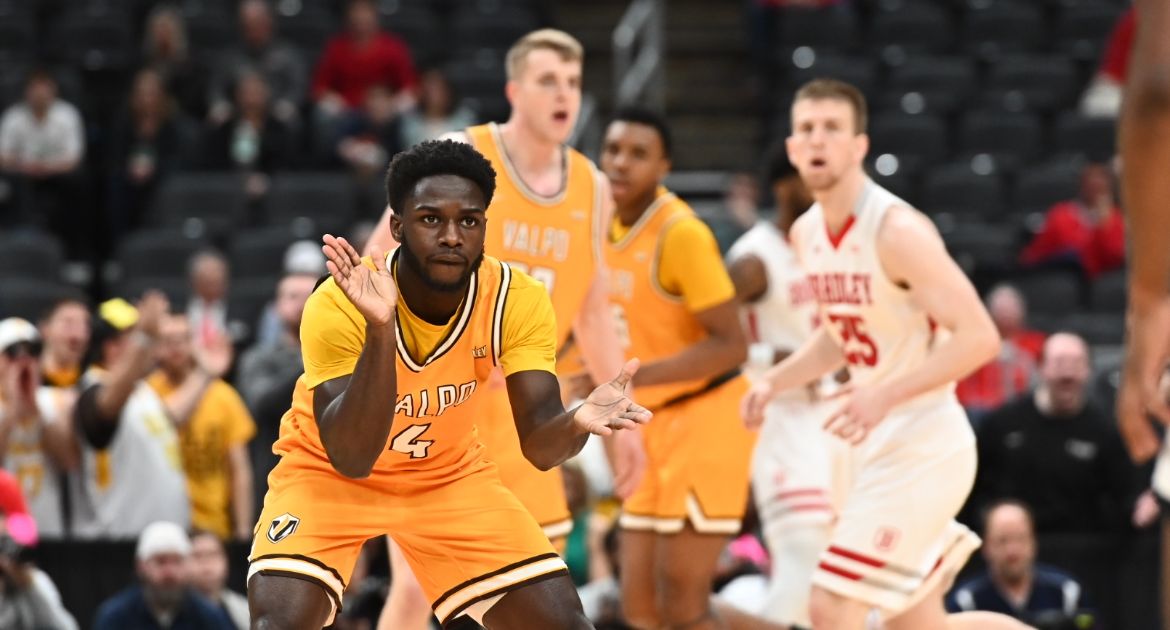 After making an unprecedented run to the Missouri Valley Conference title game by becoming the lowest seed to reach the final game in the 30-year history of Arch Madness, the Valparaiso University men’s basketball team fell a victory shy of reaching the NCAA Tournament with an 80-66 loss to Bradley on Sunday afternoon at the Enterprise Center in St. Louis, a game that was played in front of a coast-to-coast national television audience on CBS.

Valpo owned a 38-36 halftime lead before playing a fourth game in four days caught up to the team’s legs down the final stretch. Although it didn’t quite culminate with the league title and automatic NCAA Tournament berth that goes along with it, a special weekend of basketball saw the program prove itself in Year 3 as a Missouri Valley Conference member.

After earning a haul of postseason conference honors in the week leading up to the league tournament, Valpo tacked on two more accolades this weekend. Senior John Kiser (Noblesville, Ind. / Noblesville) and sophomore Javon Freeman-Liberty (Chicago, Ill. / Chicago) were named to the MVC All-Tournament Team.