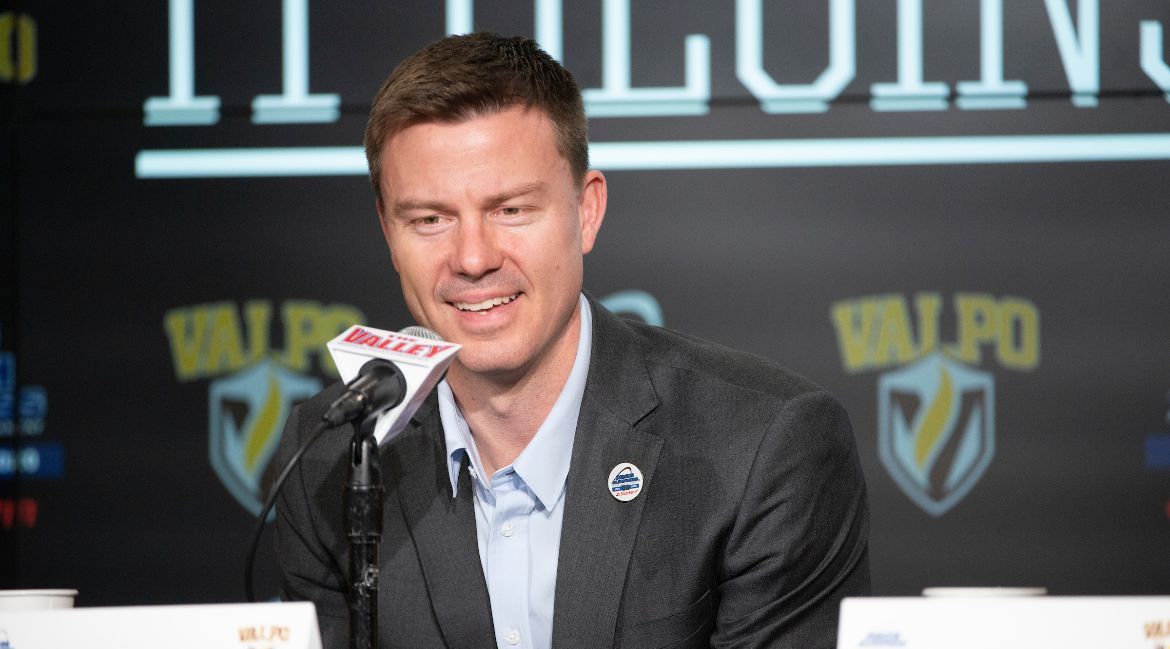 Fans will have the opportunity to get an early look at the team as the Beacons will play a pair of home exhibition games that will be open to the public. The exhibition slate tips off on Saturday, Oct. 30 vs. Ashland University and continues on Thursday, Nov. 4 vs. Flagler College. Under the direction of former Valpo staff member Chad Warner, Flagler went 18-3 last season and reached the NCAA Division-II National Championship.

The regular season will get underway on Tuesday, Nov. 9 when Valpo hosts Toledo as the two teams match up for the third consecutive season. Valpo topped Toledo 79-77 on a game-winning shot with four seconds remaining in the 2019-2020 home opener before the Rockets prevailed on their home court last season. Toledo went 21-9 in 2020-2021 including a 15-4 mark in the Mid-American Conference (MAC). The Rockets qualified for postseason play and competed in the National Invitation Tournament (NIT).

Valpo will host UIC on Saturday, Nov. 13 in the first regular-season matchup at the ARC between the two nearby foes since Jan. 22, 2017. The two teams faced off in Chicago last season.

After Valpo heads to Nassau, The Bahamas for the Baha Mar Hoops Nassau Championship from Nov. 22-24, the Beacons will return home to host Trinity Christian College on Saturday, Nov. 27. The Trolls are led by former Valpo player and assistant coach Jason Hawkins.

Valpo will face another MAC opponent on Sunday, Dec. 5, when the team makes its way to Kalamazoo, Mich. to take on Western Michigan. This will mark the 68th all-time meeting between the two teams, but the first since the 2007-2008 season.

The Beacons will welcome Conference USA member Charlotte on Saturday, Dec. 11 for the continuation of a home-and-home series that began in 2019-2020. The 49ers last visited Northwest Indiana during the 2004-2005 season. MAC member Eastern Michigan will come to Valpo for the first time since 1987-1988 on Monday, Dec. 20. The matchup with the Eagles also represents the return trip of a home-and-home as Valpo went to Ypsilanti during the 2019-20 season.

William & Mary of the Colonial Athletic Association will provide the opposition at the ARC on Wednesday, Dec. 22. That will be the first matchup between the two teams. The Beacons will host Prairie View A&M on Tuesday, Dec. 28. The Panthers went 16-5 overall and 13-0 in the Southwest Athletic Conference (SWAC) last season, winning the SWAC regular-season title for the third consecutive year.

During the 2020-2021 season, Valpo improved its State Farm Missouri Valley Conference Tournament seeding for a fourth consecutive season. The program earned a first-round bye at Arch Madness for the first time since joining the prestigious league. The season also featured a victory over previously-undefeated and nationally-ranked Drake, the fourth win over a Top-25 opponent in program history and second under Lottich.

Three of the team’s top four scorers in MVC play are back for 2021-2022 as a returning core will join forces with five freshmen and five transfers including four from the Big Ten Conference.

Additional nonconference games and the MVC schedule will be announced at a later date.