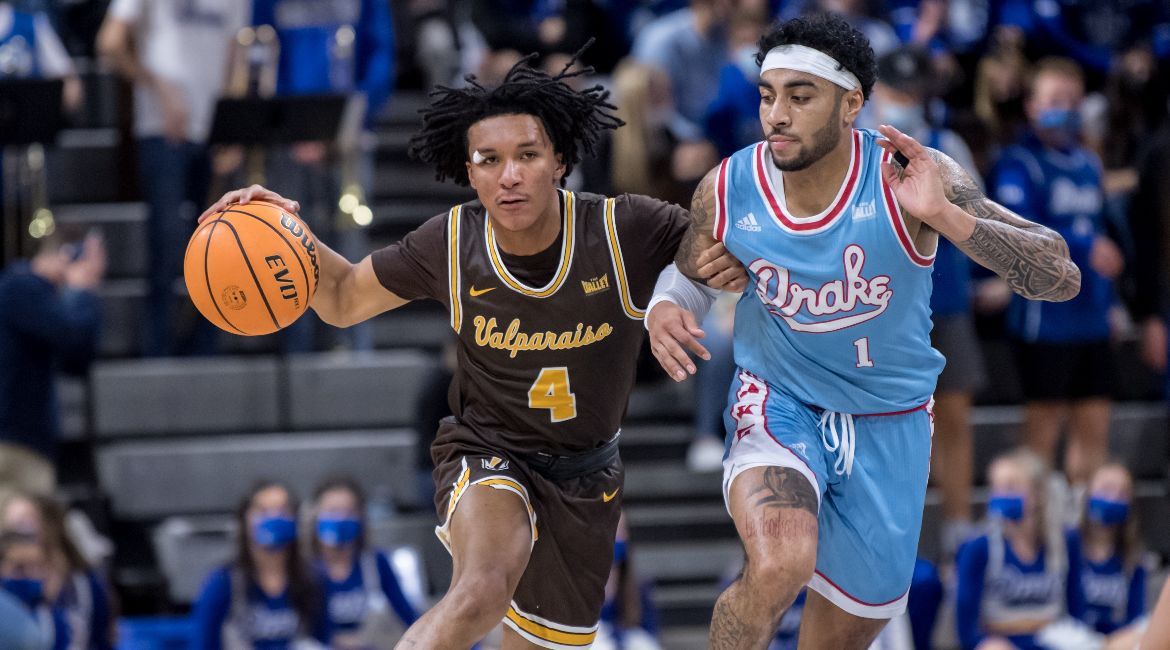 Darius DeAveiro had a late basket off a Drake turnover that cut the lead to four.
Valparaiso at Drake | December 02, 2021

Junior Ben Krikke (Edmonton, Alberta, Canada / Jasper Place) reached the 20-point precipice for the third time in his five games this season, and the Valparaiso University men’s basketball team made a late surge to trim an 11-point deficit to four in the final minute, but host Drake held on for a 73-66 victory in Thursday’s Missouri Valley Conference opener at the Knapp Center in Des Moines, Iowa. The road setback came to the conference’s preseason favorite and a team that improved to 28-2 over its last 30 home games with its Thursday triumph.

Valpo (3-5, 0-1 MVC) will step back outside of conference play to battle Western Michigan on Sunday in Kalamazoo, Mich. at 1 p.m. CT on ESPN3. The game will also air on 95.1 FM Valparaiso, ValpoAthletics.com and TuneIn Radio app.