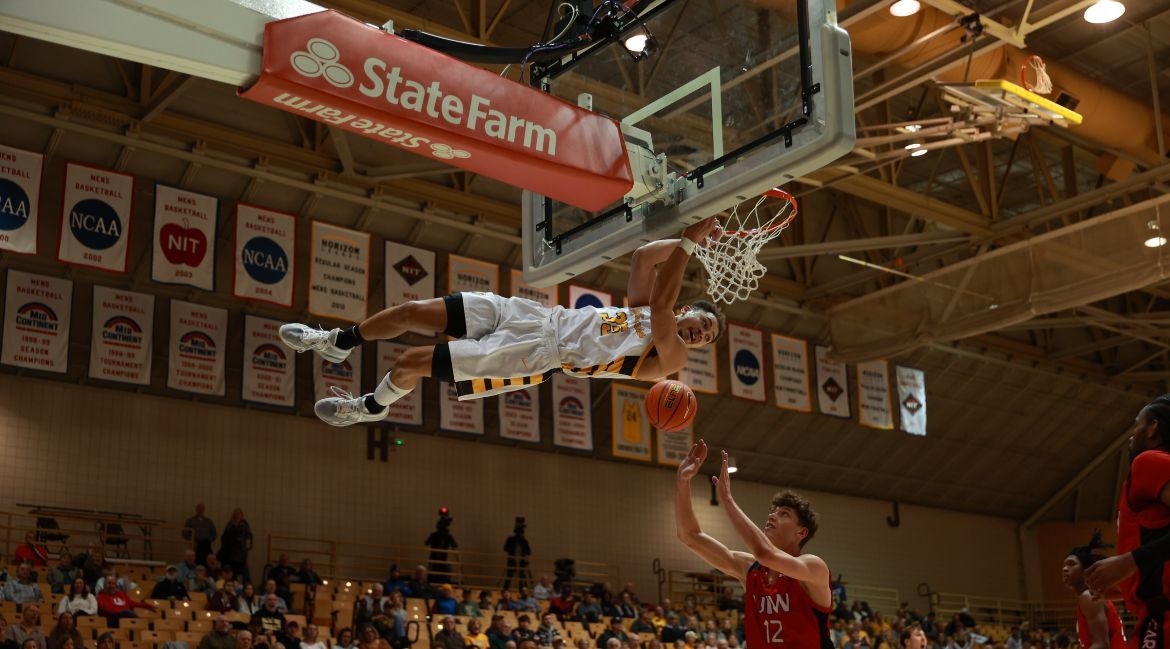 Kobe King has scored in double figures in every game this season.
Valparaiso at Samford | November 23, 2022
Related Links
Related Links

Next Up in Valpo Basketball: The Valparaiso University men’s basketball team will begin a stretch of 10 straight days on the road on Wednesday afternoon with a pre-Thanksgiving matinee at Samford. This starts a four-game southern swing that also features a multi-team event in Savannah, Ga. and the conference opener at Belmont. Valpo head coach Matt Lottich is one win away from 100 for his collegiate career.

Last Time Out: Valpo returned to the win column and improved to 2-0 at home thanks to a 68-64 victory over Incarnate Word on Saturday night at the Athletics-Recreation Center. Ben Krikke poured in 22 points while Quinton Green added 20 and Kobe King registered 15. The Beacons went 20-of-23 (87 percent) at the free-throw line in the triumph.

Head Coach Matt Lottich: Matt Lottich (99-98) is in his seventh season as the head coach of the men’s basketball program in 2022-2023. Twice during his tenure, Valpo has upset Top-25 opponents, defeating Drake and Rhode Island at the ARC. Valpo has four wins over AP Top 25 teams in program history, and two have come under Lottich. In 2019-2020, Valpo became the first team in the history of Arch Madness, the annual Missouri Valley Conference Tournament in St. Louis, to reach the title game after playing in the opening round by winning three games in three days. Lottich, hired as the 22nd head coach of the Valpo men’s basketball program in April 2016, graduated from Stanford University in 2004 and New Trier High School (Illinois) in 2000.

Feeling Fine at the Line