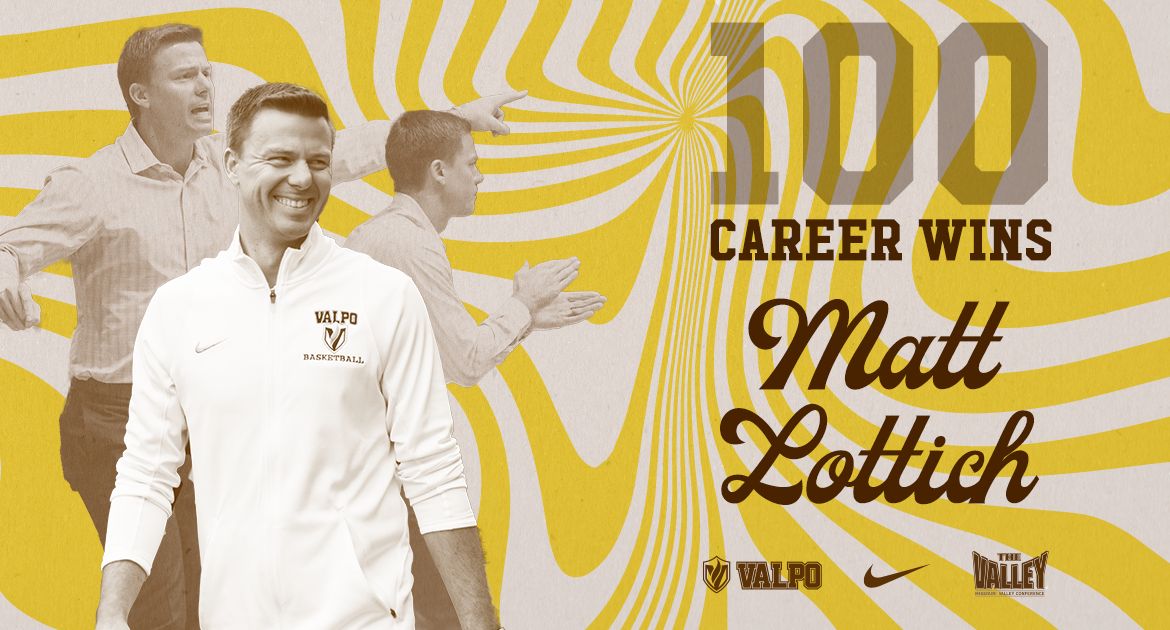 Point guard Nick Edwards (Atlanta, Ga. / Grayson [Glenville State]) drove inside for a game-winning basket in the closing seconds of overtime, lifting the Valparaiso University men’s basketball team to a heart-pounding 81-79 victory over James Madison to close out the Hostilo Community Classic in Savannah, Ga. on a winning note. The Beacons beat a Dukes team that entered the contest with a 6-1 record and checked in at No. 79 in the KenPom rankings.

The quality win represented a milestone victory for head coach Matt Lottich, who became just the fourth coach in program history to reach 100 career triumphs. And the victory came while fighting through adversity, as the Beacons bounced back from back-to-back losses and overcame exorbitant foul trouble.

The Beacons (3-4) will open Missouri Valley Conference play on Thursday at 7 p.m. at Belmont. The game will be televised nationally on ESPNU.