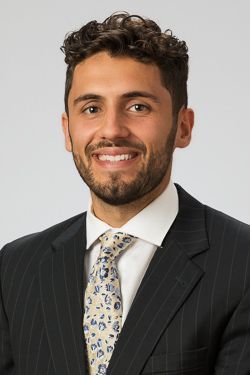 Jason Karys completed his second season as the Director of Basketball Operations for the Valparaiso University men’s basketball program in 2020-21 after spending the previous two seasons as a graduate assistant.

In his role as DOBO, Karys oversees all aspects of team travel, including the scheduling of hotels, transportation, meals and practice times. His time on staff has also included preparing scouting reports for the coaching staff and team, co-directing Valpo basketball summer camps, analyzing game and practice film and assisting with all aspects of team operations.

During his first seasons as a full-time member of the Valpo Basketball staff in 2019-20, Valpo finished with the program’s highest conference win total, highest overall win total and highest finish in the league standings since joining the prestigious Missouri Valley Conference. The season culminated with an unprecedented run to the MVC title game that saw Valpo become the first team in the 30-year history of Arch Madness to reach the final after playing in the opening round.

Karys, who graduated from Valpo with a bachelor’s degree in sport management in May 2017 and a master’s in sports administration in May 2019, spent three seasons as a Valpo basketball manager from August 2013 to April 2016. During his senior year of undergrad (2016-2017), Karys walked on to the team and played in 11 games while scoring nine points.