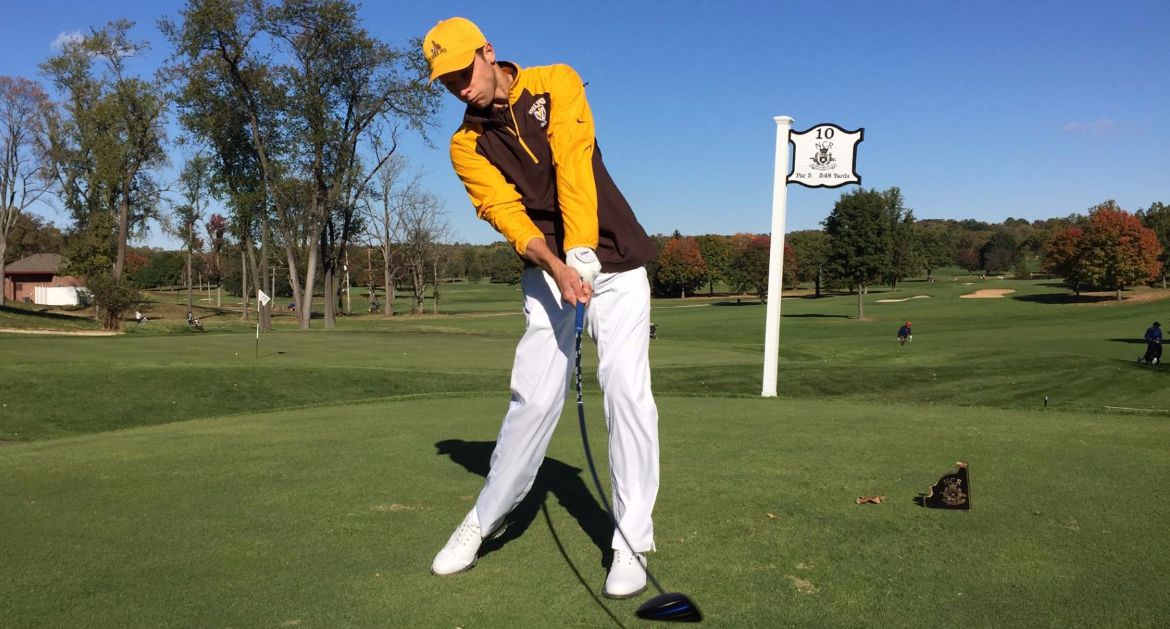 Jared Magoline is in seventh place after day one from Dayton.

The Valparaiso University men’s golf team set out for its final golf outing of the 2015 fall season in Kettering, Ohio on Monday afternoon. The Crusaders ended round one of the two-day, 36-hole Dayton Flyer Invitational at NCR Country Club tied for sixth.

“NCR is a tremendous golf course and one of the best that we play, all year,” said Crusader head coach David Gring.  “The greens were running at a 13 today and the course was very firm and fast.  It was a great test for our guys and I felt that we really started getting a good feel for the speed of the course, especially during the last nine holes.”

After starting Monday morning with a one hour delay due to frost on the course, the Crusaders did not let the cold bother them, as they shot a 312 on the par-71 course. The 312 is good for a sixth-place tie with Evansville, just five shots back from second place and nine from first-place Oakland.

“Pete and Jared played very solid all day today,” said Gring. “Jared led the field in par-4 scoring and both of the guys had three birdies each. The guys started a little slow, but got a good feel for the course and finished well. When you look at the firmness of the fairways and greens, along with some wind, their scores were tremendous under those conditions.”

Freshman Mitchell Wittmann (Kaukauna, Wis./Kaukauna) shot an 81 for the opening round, placing him one stroke ahead of junior Nick Seitz (Xenia, Oh./Carroll), who finished with an 82. Rounding out the Crusader team was sophomore Zach Cutler (O'Fallon, Mo./Timberland), who shot an 85 over the opening 18 holes.

“We struggled with our par-3 and par-5 scoring all day,” said Gring. “We have some adjustments that we will make tomorrow and I feel that we can play those holes a lot better. If we tighten that up well tomorrow, we have another opportunity to finish strong and make a run at winning the tournament.”

The Crusaders will close out the fall season tomorrow morning at 9 a.m. CT. Live stats are available online at ValpoAthletics.com.