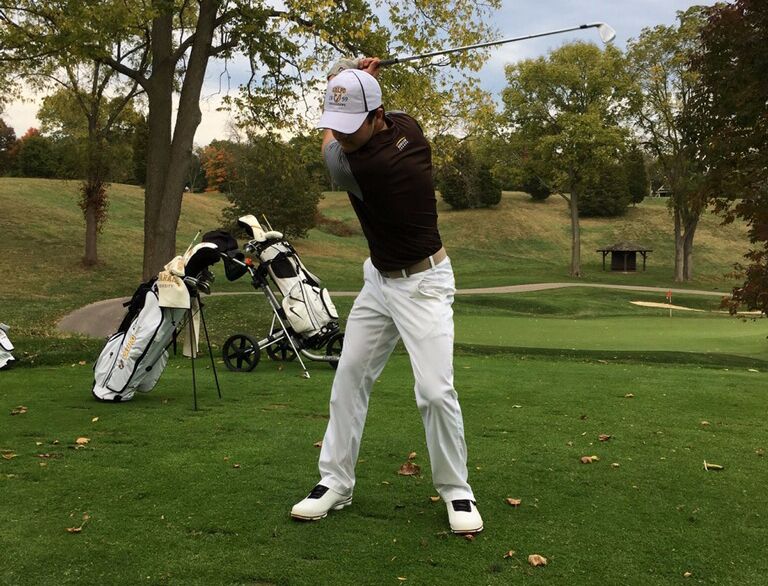 Adam Baracani stroked a 75 on Day 1 of the Dayton Flyer Invitational, establishing a new season best.

"NCR is a challenging golf course and it beat us up today. The course was in terrific shape and the greens were fast and firm. It is imperative to hit to certain areas/targets on the putting surface and certain sides of the green and we simply left ourselves in some difficult places to score from."

"Unfortunately, the shot execution simply wasn't there, today.  We had a good game plan and the guys knew how to play each hole, but we struggled with accuracy both off the tee and to the greens."

"We didn't get the start that we wanted through the first one-third of the round, and when we played the difficult stretch of holes 12-16 poorly, we had our backs against the wall.  The guys kept battling throughout the round and I'm grateful for the efforts."

The Crusaders will return to the course on Tuesday for Day 2 of the Dayton Flyer Invitational at NCR Country Club in Kettering, Ohio. A link to live stats is available on ValpoAthletics.com.