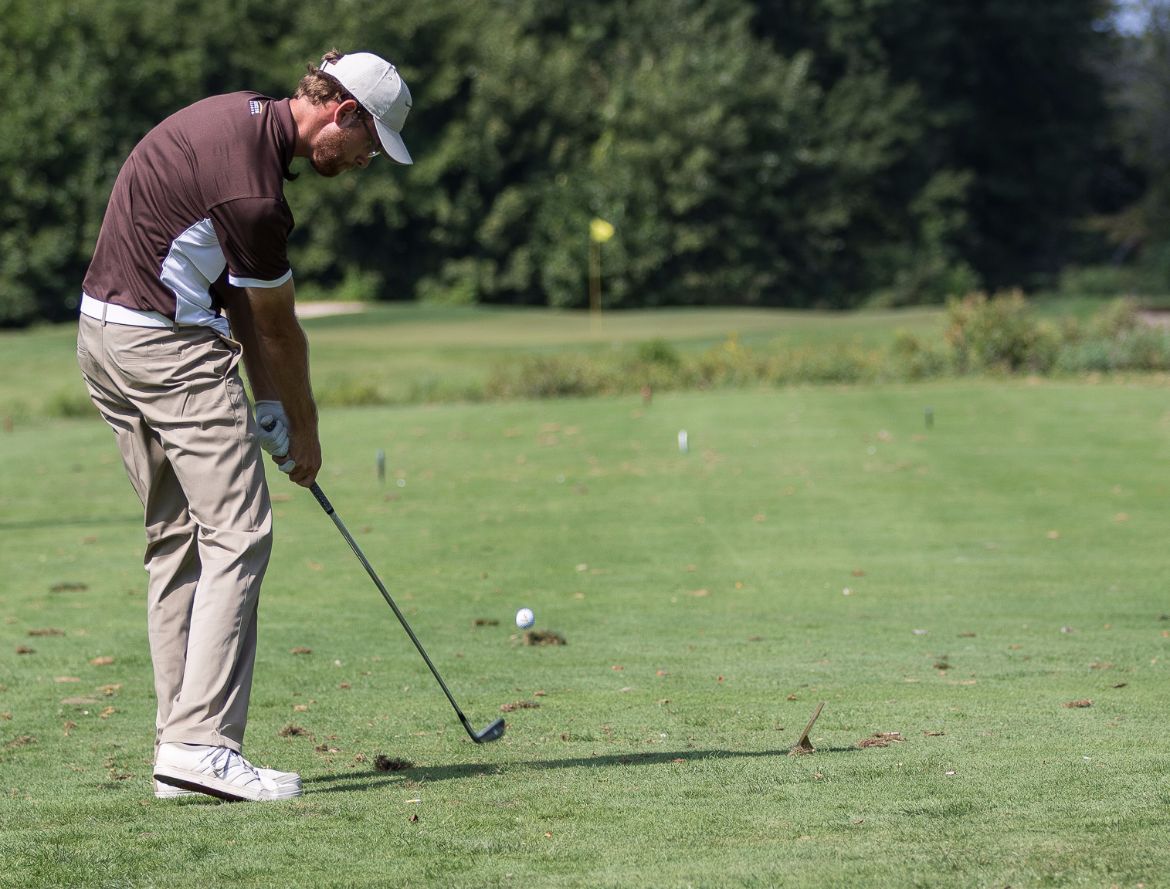 Peter Webb set a career best with a 65 in the first round of the Hoosier Invitational on Saturday.

Senior Peter Webb (Madison, Wis. / James Madison Memorial) compiled the best round of his collegiate career to begin the Hoosier Invitational hosted by Indiana University in Bloomington on Saturday. Webb stroked a 65 in the opening round, then followed with a 68 in Round 2. After one day of competition, his total score of 133 (-9) ranks first in the 78-player field.

“There are a number of areas that our team is concentrating on this spring season and within each tournament. I feel that we are gradually progressing with each tournament round and we made some positive steps forward today. Our ball-striking from tee to green is improving. Chipping around the greens and saving par has been solid. We're getting some better scoring out of our No. 4 and No. 5 players and our No. 1 player went really low for us today.”

“Despite only three Par 3s on the course, our scoring was decent on those for the two rounds.  The greens are designed with a lot of slope from back to front and we weren't able to capitalize on enough birdie opportunities. We need to get the ball closer to the hole from the fairway with our short irons, along with some better positions on the green to attack the hole. Our speed with the putts on those greens was not good enough and if we can dial that in, we will have better rounds tomorrow."

"Pete played magnificently for us today. He has been driving the ball well this entire spring season - long and straight. His proximity to the hole with his irons was really sharp with numerous birdie putts inside six to seven feet. Pete also dropped a number of 10-15 foot putts, and with his excellent ball-striking that is a powerful combination. Today's rounds were certainly excellent boosts for his confidence and he is excited to go at it again tomorrow."

The Crusaders will continue the Hoosier Invitational in Bloomington, Ind. on Sunday as they play the third and final round. Round 3 will have a 9 a.m. shotgun start. A link to live stats is available on ValpoAthletics.com.