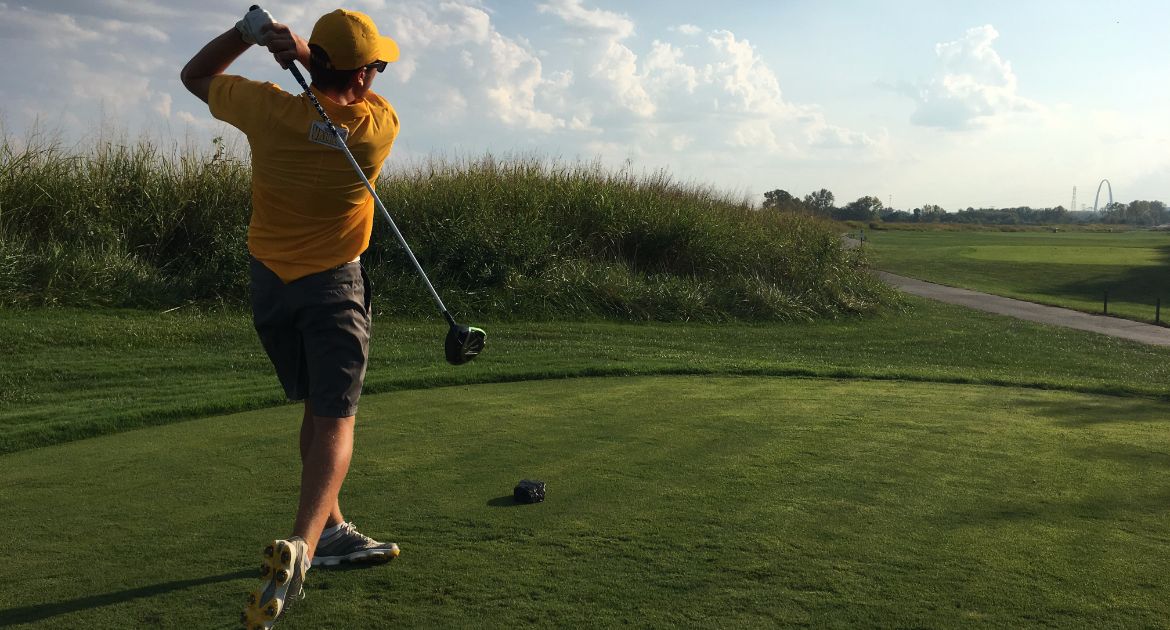 Drew Alexander tied a program record in the first round on Monday.

Freshman Drew Alexander (McCordsville, Ind. / Hamilton Southeastern) didn’t take long to etch his name among the elite players who have taken the course for the Valparaiso University men’s golf team over the years. Golfing in just his second career tournament, Alexander equaled the program record by carding a 65 over the first 18 holes of the SIUE Derek Dolenc Invitational on Monday, and finished the day in second place individually – just one stroke off the lead in the 96-player field.

"Our birdie production was excellent during both of our rounds with the team making 16 birdies in the first round and 12 birdies in the second round. I was pleased with seeing some solid club choices into the greens to give us a good proximity to the hole. Our putting was also solid and the guys had good speeds with their putts. Drew led the way for us in the first round with seven birdies and that was a tremendous effort."
"This might have been the first time that we have ever played 36 holes in one day with temperatures in the low 90s. I thought the guys did very well in staying hydrated, along with focusing on all of the shots at hand. It's an endurance test to be on the golf course for over 10 hours with consecutive play and the team certainly put together a terrific effort in sticking with our game plan all day."
"Drew's ball-striking was consistent throughout the whole day, especially during the morning round. He hit some real good irons in close to the pins and his putting reads and speed were tremendous. Those type of results for a single round really helps our entire team and Drew played well at our No. 1 position all day. He has a terrific opportunity to finish well tomorrow and he's excited for the opportunity."

The Crusaders will round out the Derek Dolenc Invitational on Tuesday, as they partake in the third and final round. A link to live scoring is available on ValpoAthletics.com.