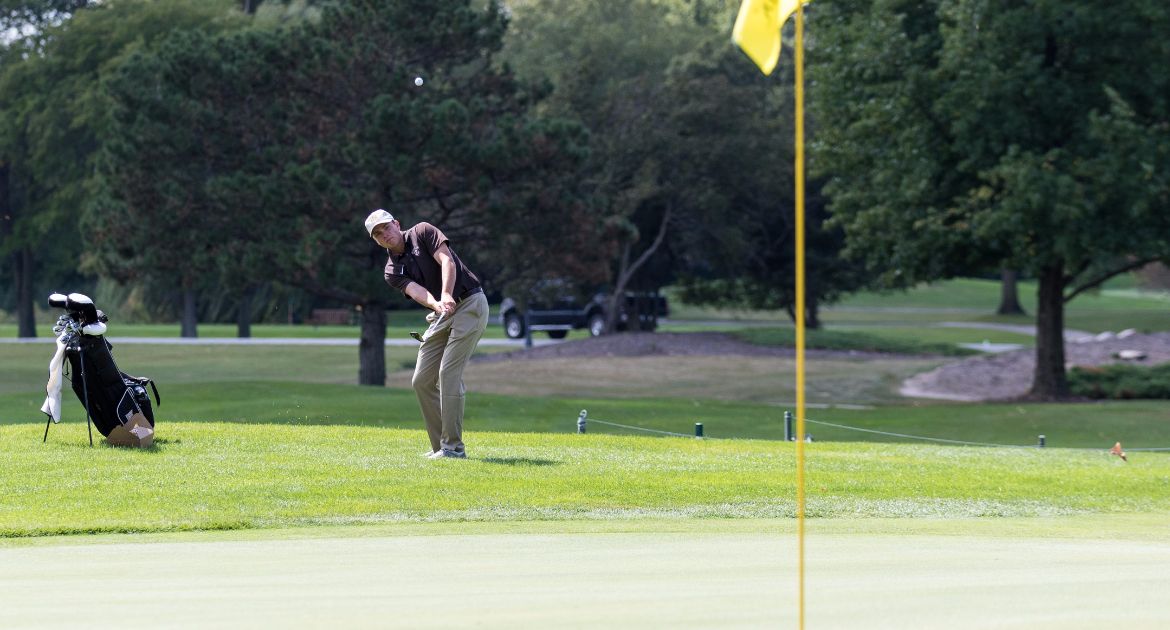 A strong showing from freshman Drew Alexander (McCordsville, Ind. / Hamilton Southeastern) helped the Valparaiso University men’s golf team secure a Top 10 finish at the Derek Dolenc Invitational, which was hosted by SIU Edwardsville this week in Madison, Ill. Alexander finished in fifth place in a field comprised of 96 players, carding a 54-hole score of 211.

“"I was pleased with the start of our final round and the team played the first third of the round pretty well, including some tough Par 3s. We struggled during the middle third of our round, with a lot of bogeys and not enough birdies and pars. The guys were playing hard the final third of the round, but I could tell the 92 degree heat was taking its toll."

"Our shot execution simply wasn't there today. There were numerous holes where the guys had a particular shot in mind and it simply went a different direction. We didn't hit as many greens in regulation as we needed, despite hitting the fairways off the tee pretty well. Missing the greens put more pressure on the chipping and we couldn't convert the up and downs."

"It's very exciting for our entire team to see one of our freshman match a program record in his fourth competitive round of his college career. Drew had an awesome tournament, finishing Top 10 individually for his second consecutive tournament of the year and Top 5 in this week's tournament. His Par 3 and Par 5 scoring was exceptional and really set the table for a solid tournament."

The Crusaders will be back on the course for the Firestone Invitational on Monday, Oct. 2 and Tuesday, Oct. 3. The event will be held at Firestone CC in Akron, Ohio.