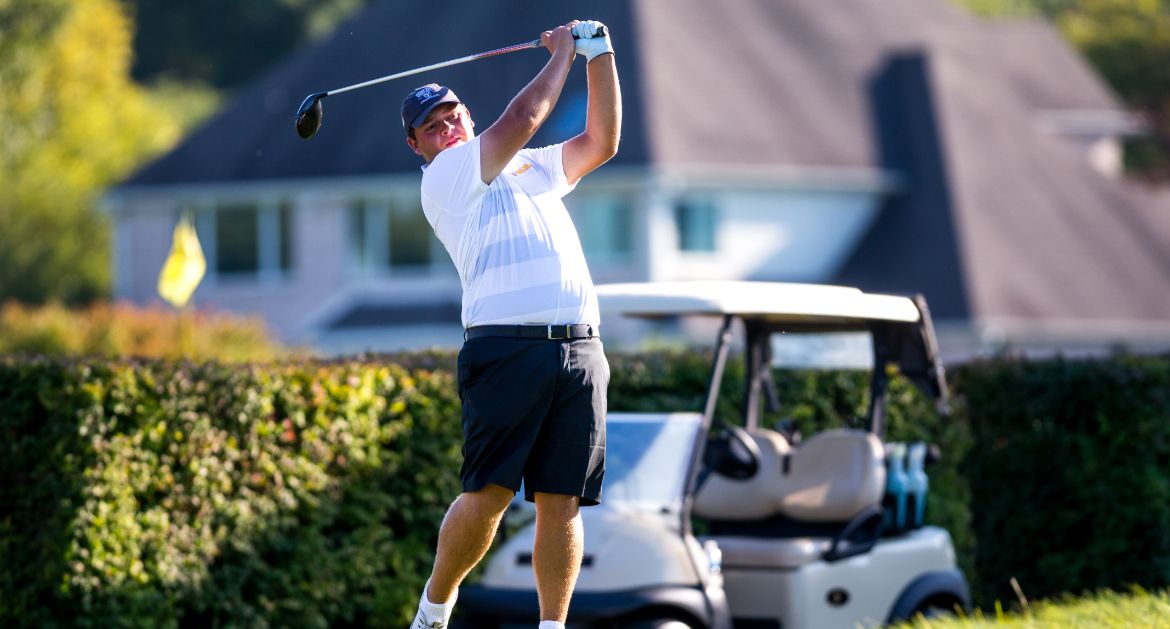 Garrett Willis leads Valpo in the Zach Johnson Invitational entering the final round on Tuesday.

The Valparaiso University men’s golf team was once again paced by a pair of freshmen on the first day of the Zach Johnson Invitational hosted by Drake in Des Moines, Iowa on Monday. Garrett Willis (Fort Wayne, Ind. / Homestead) led his team with a 150 (+8) through two rounds, while Charlie Toman (Chardon, Ohio / Notre Dame-Cathedral Latin) followed closely with a 153 (+11).

“In the morning round, we had a terrific performance from Charlie and a solid round from Drew. The two of them combined for six birdies in Round 1 and played very consistently for us. We had two critical triple bogeys that took some momentum away and certainly affected our team score.”

“In the afternoon round, we had a good start and we played some of the critical holes that were about half way through our round well. We struggled to close the round and we did not play smart golf in the last three to four holes.”

“The conditions were challenging for us today, playing in the rain for pretty much the entire 36 holes. On the other hand, all of the other teams played in the same conditions, so we need to be better in overcoming the elements. The 36 holes today were disappointing from a team score standpoint. We have now played the course for three rounds, so tomorrow I expect the guys to play a lot stronger and with a passion to improve.”

Day 2 of the Zach Johnson Invitational, hosted by Drake in Des Moines, Iowa, will take place on Tuesday featuring the third and final round. Live scoring will be available via BirdieFire.