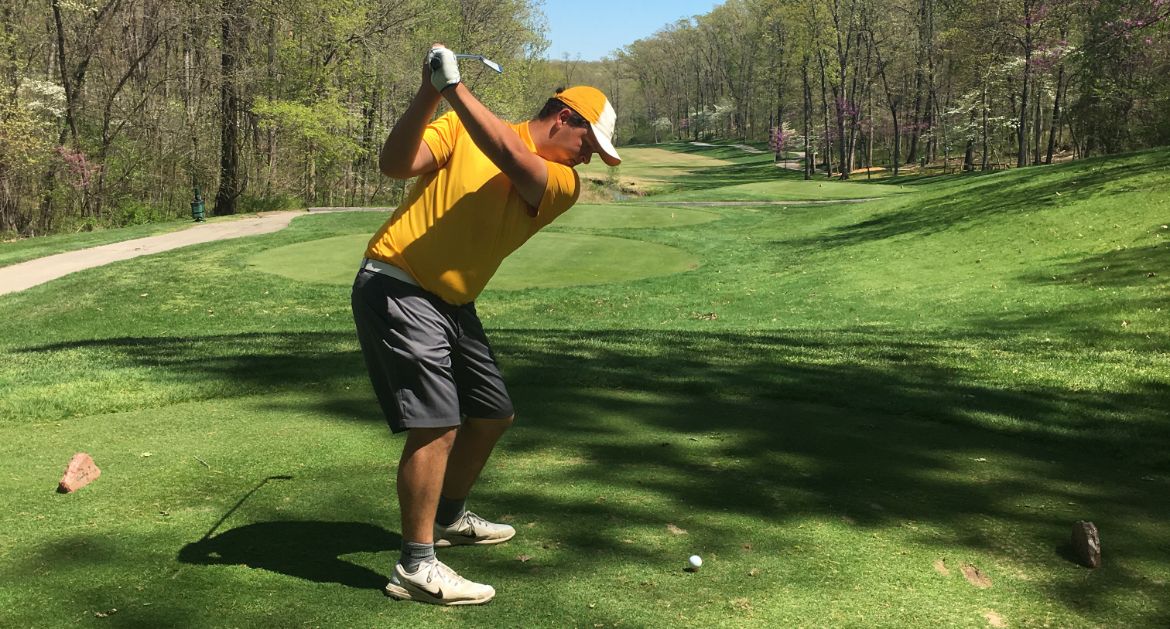 Garrett Willis had a 70 in Round 2 on Monday afternoon.

The Valparaiso University men’s golf team finds itself in the middle of the pack after one day of competition at the Missouri Valley Conference Championship in Sunrise Beach, Mo. After turning in the best round of the day by any Valpo golfer on Monday afternoon, freshman Garrett Willis (Fort Wayne, Ind. / Homestead) enters Tuesday in the Top 10 in the individual standings.

“We had a gorgeous day for 36 holes and the guys played really hard all day. I was impressed with the level of focus that all five of the guys had on the course, especially when you figure 10 hours for two consecutive rounds. We had a lot of good shot execution throughout both rounds and the guys made a lot of good decisions.”

“This is certainly one of the most tree-lined, sloping fairways courses that we have played all year. The course includes a good amount of elevation changes. I thought the course management was very good when adding and subtracting distances for various shots both off the tee and from the fairway. This course will make you pay when you don’t hit the fairway off the tee, and we hit a lot of fairways and found ways to get the ball back in play when we missed the fairway.”

“This is the youngest team that we have ever fielded in a conference championship and I thought the team played with a lot of confidence and trust. Despite the slow start to Round 1, the guys finished the first round even par for the last nine holes. We had a good start to the second round with Mitch and Drew really digging in and getting things back on track after their slow starts.  We gave some shots back at the end of the second round, but the guys battled hard all day and I was very pleased with that effort.”

“Garrett started the tournament playing his first 11 holes eight over par. Despite the rough start, he kept his poise and finished the last seven holes three under par. He kept his momentum rolling in the second round with an eagle on his first hole and birdie on his third hole to get to three under par after three holes. His two under par finish was exemplary for his second round ever in a conference tournament and he really showed us a lot of what he is capable of doing within a round and within a tournament.”

The final 18 holes of the event will take place on Tuesday with tee times beginning at 8 a.m. Live scoring will be available via GolfStat.