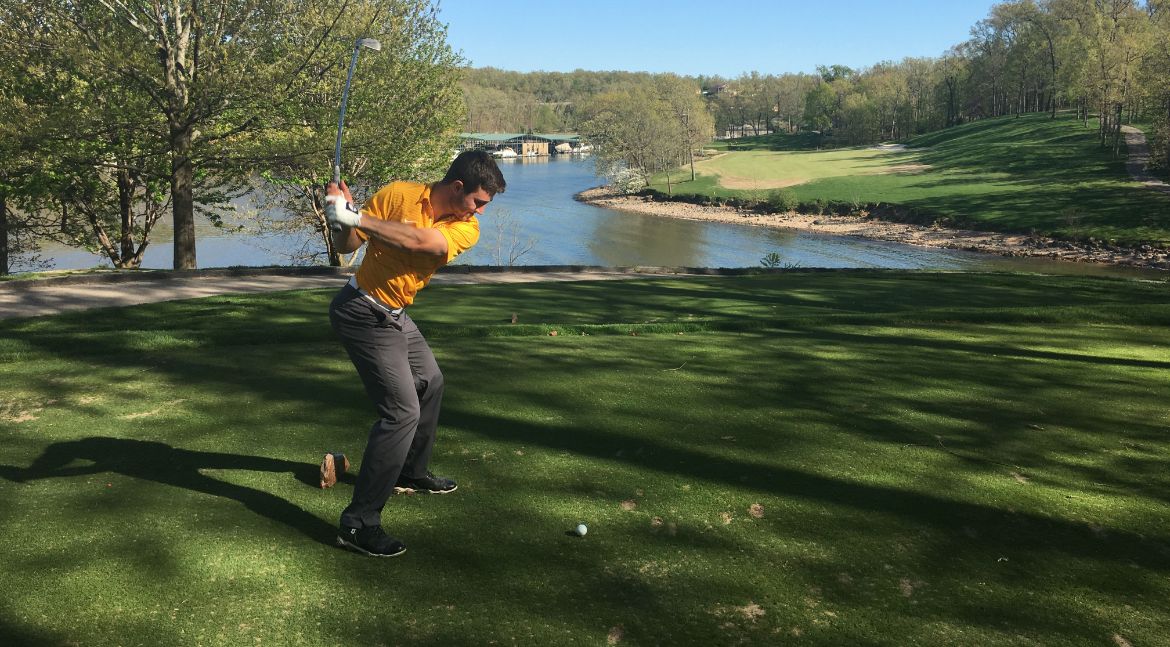 Charlie Toman finished second on the team with a 36-hole score of 150 on Sunday.

A new season for the Valparaiso University men’s golf team began on Sunday as a youthful squad utilized a starting lineup that features two sophomores and one freshman comprising the top three. Rookie Caleb VanArragon (Blaine, Minn. / Blaine) had an impressive debut, while Charlie Toman (Chardon, Ohio / Notre Dame-Cathedral Latin got his sophomore season off to a strong start at the Turning Stone Tiger Intercollegiate, hosted by Mizzou in Verona, N.Y.

“While it was very exciting to get the new season started today, there was a level of anxiousness above what I’m used to seeing and the guys probably pressed more than usual. We had too many double and triple bogeys in the first round, which really drives a wedge in the scoring and any type of momentum. The consistent shot execution simply was not there today, and the guys seemed to be trying too hard to hit quality shots throughout both rounds.”

“We seemed to get into a better rhythm in the second round, with all of our players improving their score over the first round except for Caleb following his two-under first round. We still had too many double bogeys, but we cut that total in half and managed the golf course better. We were still kicking some rust off throughout today’s rounds, getting back into some good competition and our first tourney of the fall season.”

“Caleb hit 83 percent of his fairways, hit 79 percent of his greens and had six birdies in the first round. His putting was decent all day, but he still missed a number of birdies and par saves in both rounds. His driving accuracy fell off more in the second round and that is at a premium on this course. The driving accuracy was a challenge for the entire team as well, and that’s something we need to improve tomorrow. I was really proud of Caleb's efforts all day, especially for the first two rounds of his college career."

Valpo will play 18 more holes over the final round of the Turning Stone Tiger Intercollegiate on Monday. A link to live scoring will be available on ValpoAthletics.com via BirdieFire.